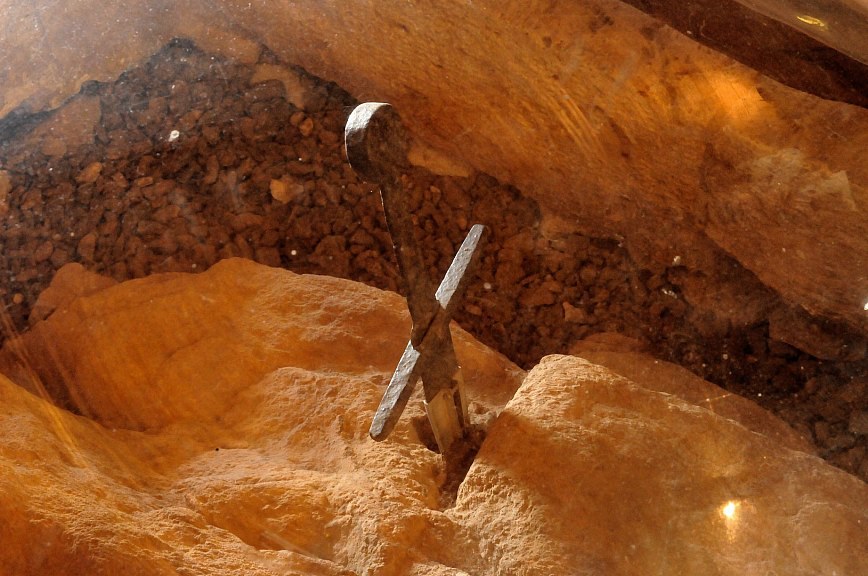 A mysterious find fell into the hands of scientists – a precious blade “escalibur” of the fallen leader. Historians from England arrived at the site and suggested that this is the same sword from legends.

Saxons most likely borrowed the legend of King Arthur from Italy. Excalibur is the legendary sword of King Arthur, which is often attributed to mystical and magical properties. Sometimes Excalibur is identified with a sword in stone, but in most texts they are different swords. For the first time, the sword is mentioned in the History of the Kings of Britain by Galfried of Monmouth.

In 1148, Galgano Guidotti, the Sienese knight, similarly stuck his sword in stone at an ancient abbey. It was he who was found by archaeologists, immediately surprised at the resemblance to a sword from a legend. The ancient artifact is carefully preserved by the monks of the abbey of San Galgano Montespi, located near Siena. For centuries, the Italian sword in stone was considered only a fake. Only modern technology allowed us to determine what it was created in fact in the 12th century.

It is reliable to say to whom the sword actually belongs so far. They cannot even understand how it was generally possible to stick a strip of steel into hard granite.