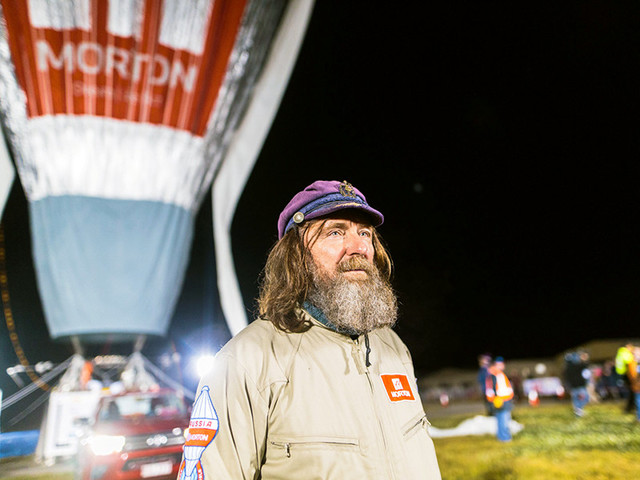 Russian traveler Fyodor Konyukhov completes his circumnavigation in a balloon, “Morton”, setting a speed record: his journey around the Earth took 11 days and 5 hours.

On the morning of Saturday Moscow time the ball Konyukhov reached the Meridian of the Western Australian town of Northam (116 degrees, 39 minutes, 58 seconds East longitude), where he started 11 days ago. It happened approximately at 13:01 local time (08:01 MSK).

The result of a Russian traveller, has overcome more than a total of 34.7 thousand km of tracks, approximately 11 days, 5 hours and 31 minutes. The exact official result will be announced later.

However, in any case, the result Konyukhov – much faster than his competitors. In addition, Russian is the world’s first traveler, who managed to do it on the first try.

Still travel around the world in a balloon was achieved only twice: in conjunction with the Swiss Bertrand Piccard and Englishman Brian Jones in 1999. They flew 40 thousand km from Switzerland to Egypt for 19 days, 21 hours and 55 minutes. American Steve Fossett was flying as grooms alone. His circumnavigation in 2002 was completed in 13 days 8 hours and 33 minutes.

Earlier on Saturday, the balloon Konyukhov crossed the coastline of the continent above the largest city on the West Australia Perth around 11:45 a.m. local time (06:45 GMT.). Then grooms not just broke a record Meridian, but was able to do it on the Northam – just a few hundred metres from the start.

It is reported that Konyukhov is preparing for a landing, flying over the “wheat belt” – stretching from the West coast to several hundred kilometers to the East of densely populated agricultural area, where over 3% of the population. To sit in the dangerous zone, and the balloon continues to fly toward the desert. “We select for planting a deserted area, away from power lines,” he said by phone from Northam the head of the mission control center, the traveler’s son Oskar Konyukhov.

Commenting on the fact of her flight over the launch site, the Chairman of the Australian centre of the Russian geographical society Vladimir Balashov said: “From a scientific point of view, this does not happen. This, of course, a coincidence, but the coincidence is amazing. And this is the result of great team work support Fedora.