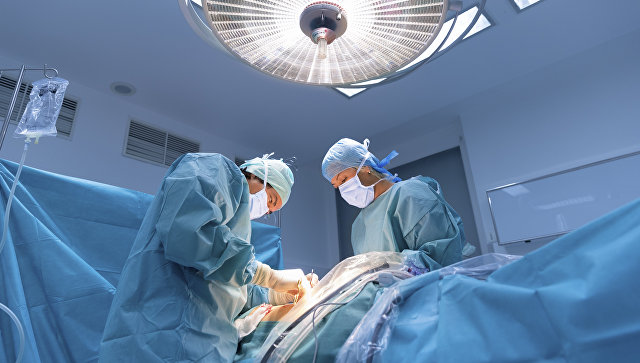 The famous surgeon Si Yong Kim, who first transplanted the animal’s head to a new body, told Valery Spiridonov why the development of methods for transplanting the body is so slow, the young body will rejuvenate the old brain, and revealed the secret of why small South Korea is ahead of Russia in science.

Professor Kim is one of the most famous and controversial surgeons in South Korea and throughout the Earth as a whole. In his laboratory at the University of Konkuk, all the experiments on the transplantation of the body and the healing of the spine in rats were carried out according to the methods developed by the Italian surgeon Sergio Canavero.

– What project are you mainly engaged in today?

“Recently, I’ve focused on connecting the nerves of the spinal cord so that a whole body can be transplanted.” But there is a technical problem here, because small animals such as rats can not always be used in such cases.

But it is very difficult for me to find the means for carrying out such studies. If these technologies were associated with the development of new materials used for commercial purposes, finding money would be much easier.

But our research can not be used in commerce, and therefore investors do not want to finance this work. It also seems to me that to give money to our experiments people are hampered by ethical prejudices about a head transplant. Later I will dwell more on the ethical side of research.

– What’s new in stem cell technologies? Are there any major discoveries or achievements that you can single out?

Therefore, today the most practical product of cell therapy is the containment of infection using stem cells, as well as the production of immunocytes. If there is progress, then it will be possible to proceed to the treatment of the retina of the eye or pancreas. In other words, to focus on individual human stem cells is now the most practical direction.

With the spinal cord all the more difficult – many of my colleagues are trying to eliminate the consequences of spinal cord injuries with the help of stem cells, but the money for regenerative treatment is becoming less due to the large number of failures. In my opinion, the introduction of stem cells into a not very good environment, that is, into an already damaged area, may be ineffective.

Studies are also continuing in such areas as the removal of damaged areas and treatment using various materials. Our team conducts research using polyethylene glycol. Studies using stem cells at present can not be the basis for the treatment of spinal cord injuries. But in the future it will be possible to use new materials and electrostimulation treatment.

– What are the differences between Russian and Korean scientific schools? What do they have in common? Which one is stronger today?

– Unfortunately, I can not give an exhaustive answer to this question, because I am unfamiliar with Russian research in the field of biotechnology.

Korea invests heavily in research, but it wants to see the visual results of its investments. This desire forces scientists to conduct research where there is more chance of success. The problem of Korean scientific research, paradoxically, lies in the fact that scientists are engaged mainly in those studies that may be of interest to society.

In other words, in Korea, scientific work is moving forward unevenly: something is moving faster, and something is standing still. In addition, it is becoming increasingly difficult to train scientific cadres and experts, because there is not enough material base. In other words, in some areas, Korea is at the peak of scientific progress, but in other parts of the world we simply do not have people to deal with them. And it seems to me that big countries, like Russia, suffer less in this respect than Korea.

– What areas of science do you consider to be a priority for a radical increase in the life expectancy of a person?

The most interesting area is the creation of brain-machine interfaces (BMI). It seems to me that memory preservation and imitation of the brain are possible. Elon Mask established a company called Neuralink and began research in the field of BMI. It seems that we can use this technology in everyday life not earlier than 2040, but such technologies in the near future will help to increase life expectancy by transferring a person’s personality to a chip.

In addition, based on practical considerations, I think that transplanting the body will be the most successful project to extend human life.

– Let’s assume that you can perform an operation in order to prolong life. How do you know that the operated person will receive additional years of life (provided that the young body and the old brain connect?)

– In 2015, scientists confirmed that older people are younger, getting fresh blood. When the old rat received the blood of young rats, it rejuvenated, and, among other things, her brain was rejuvenated. It turned out that the growth factors, hormones and healthy immunocytes that get to an aging person along with the blood of younger donors make it younger.

“Even if the effect of rejuvenation affects the brain, does not it lose the neurons after some time?” And does not die?

The same can be done with the human brain. With the right components in young blood, aging brain stem cells can restore their function.

– If a rich person decides to undergo such a procedure, what will happen to his brain in the end? Will he be younger and start thinking like a young brain?

– This is the most important point. Degenerative diseases of the brain are caused by abnormal forms of aging of immune cells. If their work is restored, then the very reason for the destruction of brain cells disappears. Speaking about Alzheimer’s disease, brain cells will be cleared of tu-protein and beta-amyloid balls, and in the presence of Parkinson’s disease, alpha-synucleins will be destroyed.

If we receive funds for conducting experiments, we will try to prove this in the first place.

In addition, some people believe that organ transplantation from one body will save the lives of many people, rather than one person, as with a head transplant. It seems to me that this is an obsolete, utilitarian ethical point of view. One can not judge the value of one life and compare it with another. Here it is necessary to think easier. There is nothing wrong with my desire for Valery. I just want to help him, and I will do my best to help my friend.