Kosmoplan VSS Unity has made the second flight 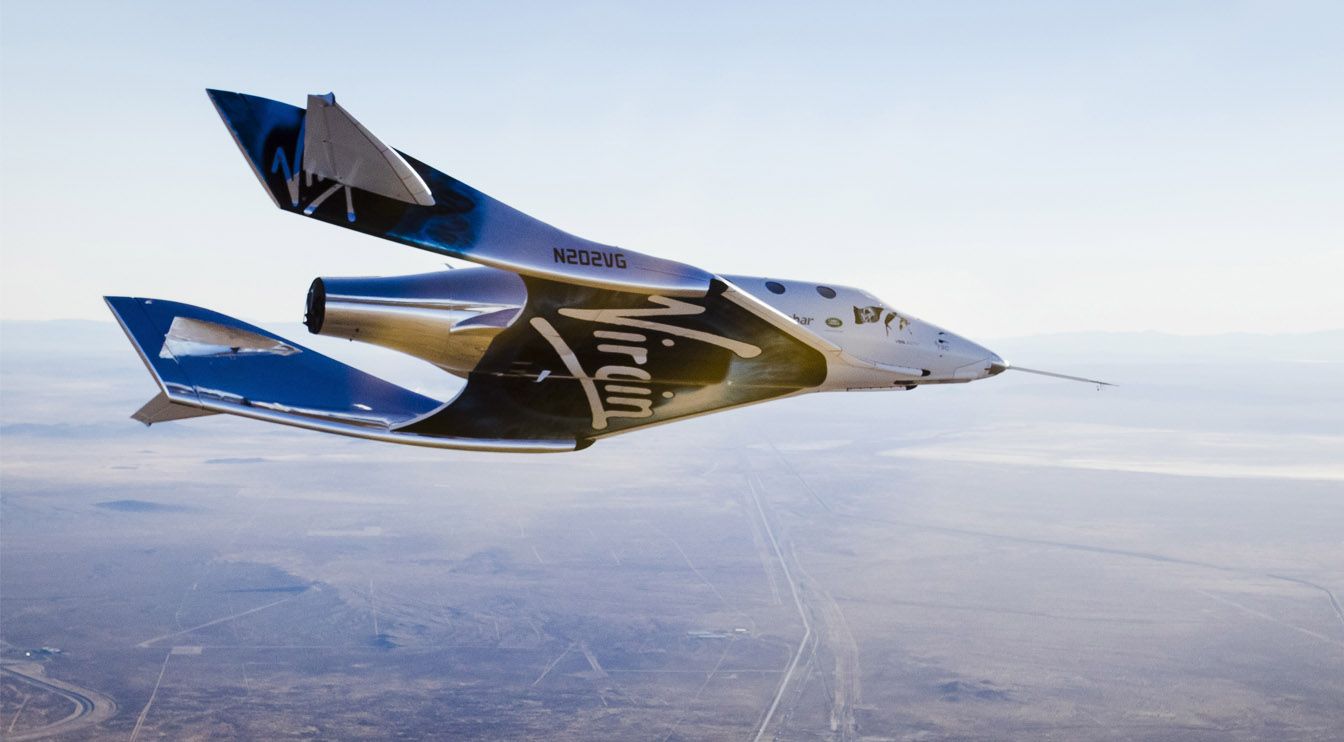 The American company Virgin Galactic carried out the second testing of a suborbital kosmoplan of VSS Unity in the planning mode.

In addition to reusable spaceships projects for suborbital flights are implemented now. Usually the speech in such cases goes about space tourism which key criterion is low cost. New methods of start of the ships, one of which assumes use of the plane carrier, in particular, are developed for its achievement.

For this purpose Virgin Galactic uses the dvukhfyuzelyazhny White Knight Two plane carrier designed for start of the ships of the SpaceShipTwo series from height of 20 kilometers; космоплан will rise at the same time by 130 kilometers. Within the carried-out testing on December 23 at 00:20 Moscow time White Knight Two with the VSS Unity ship was started from the platform in Mokhava.

About 40 minutes later after take-off the ship was disconnected from the plane carrier and turned into independent flight in the planning mode. In 14 minutes representatives of the company declared successful landing. The first tests of VSS Unity were passed earlier, on December 3, independent flight of the device with use of own engines didn’t take place and is planned for 2017.

VSS Unity — the second космоплан the SpaceShipTwo series, the first was VSS Enterprise which was wrecked during test flight in 2014. The device crashed because of unauthorized transfer of tail plumage in the braking mode. As a result of an incident one of pilots died. The human factor is called the official reason of an emergency situation.