Land of the giants really exists 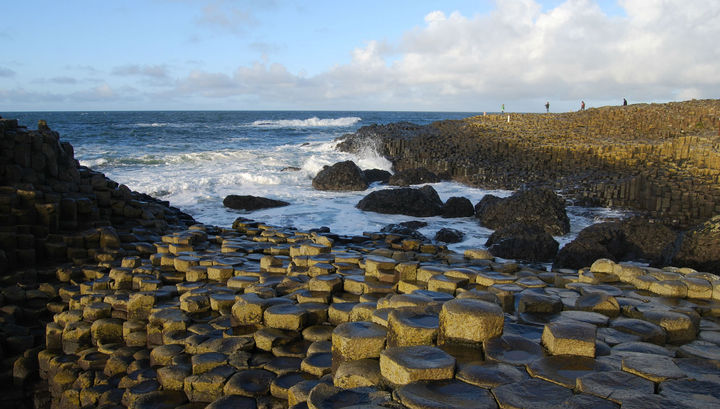 The phrase land of the giants sounds like something fabulous and unrelated to real life. But maybe it does exist, for example, in one of the regions of Northern Ireland, where there is sufficient concentration of people with a genetic predisposition to abnormally high growth.

For example, in the district of Mid-Ulster, approximately one person out of 150 carries in its genome a genetic mutation of the AIP gene, which leads to overproduction in the body growth hormone. All this leads to acromegaly, known as gigantism.

Gigantism caused by a benign tumor of the pituitary gland, which produces excessive amounts of growth hormone. The disease is associated with dysfunction of the anterior pituitary and is accompanied by an increase (enlargement and thickening) of the hands, feet, skull, especially the facial part.

In their recent study of Corbenic and her colleagues calculated that the history of the AIP gene defect can be traced back in time to 2500 years ago. Scientists have found the gene variation in the DNA of Charles Byrne — male, born in 1761. He was known by the nickname the Irish giant, since he stood more than two meters and 30 centimeters. In addition, the researchers found similar variation in the other 18 Irish families.

Symptoms vary depending on when the disease manifested itself in childhood or in older age.

The disease usually develops in children and young people aged 10 to 20 years, although there are several examples where it was shown before, up to 10 years, or a little later – 20 to 30 years, explains Carbonic.

For example, in children, there is fairly rapid growth, which may be accompanied by joint pain, vision problems, type II diabetes and a significant increase in the hands and feet. In adults may manifest muscle weakness, hypertension and sleep problems. But adults, if they later develop symptoms of the disease, do not become suddenly higher because the bones have already healed, and may actually be reduced due to the development of spinal curvature.

While people are giants seem to be big and strong, long-term effects of excess insulin-like growth factor 1 and growth hormone are very harmful to such patients, says Anthony Heaney, an endocrinologist and Professor at the Medical school named after David Geffen at the University of California.

Existing treatments include surgery, medication or radiotherapy, but how effective they are, often depends on the progression of the disease. And usually the doctors begin treatment to the time when patients have already developed large tumors — when to achieve full control over the tumors and the regulation of hormone hard enough. According to Heaney, even the best surgical centers in the world, only 50 percent effective at achieving control.

Monitoring of the origin of variation in gene allowed the scientists to track the children who inherit this defect. Clinical intervention at an early stage can prevent the worst symptoms, scientists say.

The researchers say that, most likely, not in the world and other such places where the same defect in a particular gene causes acromegaly.

Heaney, as he hails from Northern Ireland, was particularly interested in what a group of people prone to gigantism only in one small district of the mid-Alster. By the way, these places are famous for giants, similar to the Brunet, so much that it was reflected even in the folklore of the region. In particular, there is the myth of the giant Finn Mac Kumala. According to legend, Mac Kumala scooped up a handful of earth and threw it — thus was the Isle of man. And the place where Finn Mac Cumal scooped the earth, there was a Loch of Her (Yes, where the monster supposedly lives). Also Mac Kumala created the pavement of the giants — the area of about 40 thousand interconnected basalt columns.