Larches told about changes in the climate of Central Asia 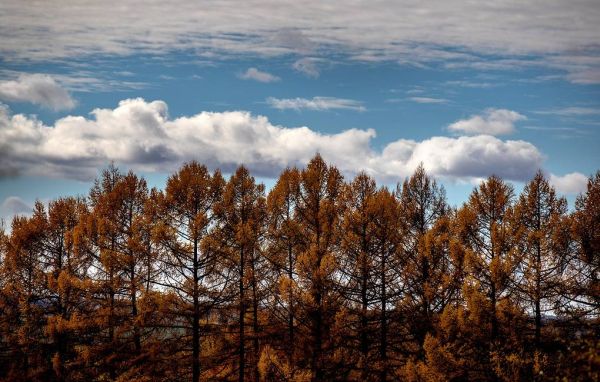 Climatologists have found that three decades ago, the climate of Central Asia switched to a new regime and became drier and hotter. The researchers came to this conclusion by studying the annual rings of larch trees that grow in Mongolia and neighboring countries. The research results were published in the scientific journal Science.

“Conifers are very sensitive to unusually high temperatures. Knowing this, we analyzed the structure of annual rings of larch trees, thanks to which we tracked the history of heat waves in Mongolia in recent centuries. The study showed that even now local larch trees are experiencing droughts, which throughout their long life did not happen “, – explained one of the authors of the work, climatologist from the University of Gothenburg (Sweden) Hans Linderholm.

Almost all climatologists have no doubt that global warming is taking place on Earth. If the rise in temperatures cannot be contained at around 1.5-2 ° C compared to the pre-industrial period, it could radically change the face of the planet. This is evidenced by hundreds of computer models of the Earth’s climate, as well as data from climate satellites, land-based weather stations and ocean buoys.

To thwart global warming, in December 2015, most countries in the world signed the so-called Paris Agreement, pledging to voluntarily reduce CO2 emissions in the coming decades. Diplomats hope that these measures will help keep the rise in average annual temperatures at around 1.5-2 ° C.

At the same time, many climatologists assume that the Paris agreements will not allow achieving this goal, because for this, humanity will have to completely stop emissions or even begin to remove carbon dioxide from the atmosphere. Moreover, the calculations of climatologists from Norway show that the Earth has already passed the “point of no return” and nothing will stop global warming.

Linderholm and his colleagues found new evidence for this. They studied the tree-ring structure of several long-lived larches. They have been growing on the territory of Mongolia and neighboring countries of Central Asia for about 300 years.

New “point of no return”

Scientists wondered how often heat waves and similar extreme events occurred in these areas. To understand this, they took small samples of wood from the trunks of larch trees and studied their structure.

The thickness, color and some other properties of coniferous tree rings can show whether the trees had enough water at one time or another and how hot the weather was. Through their analysis, scientists have reconstructed the history of heatwaves and droughts that have hit Mongolia and other central regions of Asia over the past 260 years.

It turned out that in the 1990s, the climate of Central Asia changed irreversibly. Then, constant heat waves began to occur on the territory of Mongolia and its neighbors, which continue to this day. The researchers believe that the reason for the transition to a new climatic regime could be that due to the rise in average annual temperatures in the second half of the 20th century, water began to “escape” from the soil. Moreover, this process is constantly accelerating.

“Temperatures in the region are rising faster and faster as the soil is draining. As a result, the water evaporates faster and the climate becomes warmer. As a result, heat waves, which further accelerate the escape of water from the soil, are more frequent. more often and lasts longer. We cannot say when and how this will all end, “added Linderholm’s university colleague DeLiang Chen.

In particular, scientists cannot yet accurately assess how switching the climate of Central Asia to the new regime will affect the global circulation of winds and other important atmospheric processes that affect the climate around the world.

The authors of the article hope that further study of how the climate of Mongolia has changed in recent years will help them understand whether this process can be stopped and how the establishment of an arid regime in this region of Eurasia will affect the appearance of the continent as a whole.