Laser weapons will soon appear on the battlefield 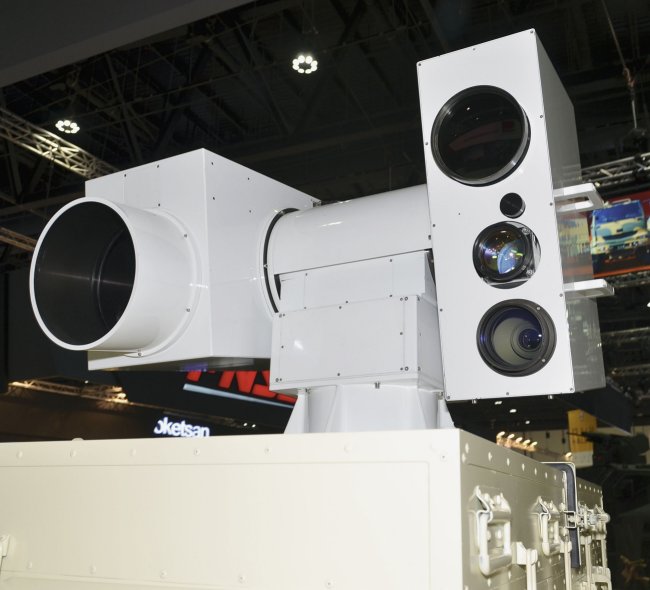 Three months have passed since the presentation of the Chinese laser weapon Silent Hunter, which burns military equipment, and the publication Stars & Stripes reports that the US Armed Forces are testing their own high-tech weapons. 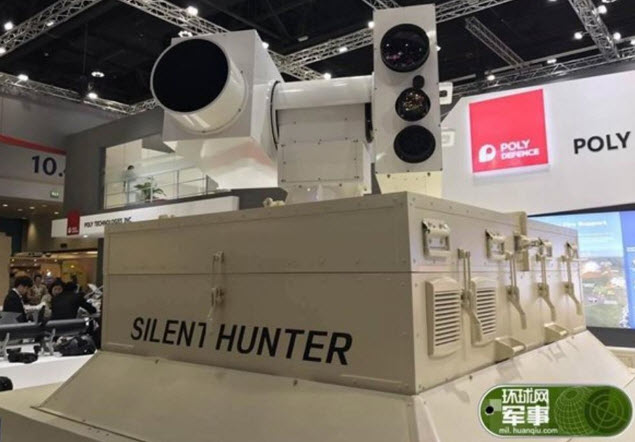 The power of the Silent Hunter laser is sufficient to penetrate the light armor of military equipment from a distance of 1 kilometer, which makes one wonder whether China already has more powerful laser weapons for internal use only.

Portal Military.com reports that in the destruction of almost toy drones during field exercises on the basis of Fort Sill in Oklahoma last month there was nothing unusual. However, the way in which the drones were knocked down – for this purpose the lasers installed on the armored car Stryker – can attract the attention of the public.

The first soldier who tested the laser was the scout-spotter of the 4th Infantry Division of the USA, specialist Brandon Sellaway. With the help of a mobile high-energy laser expedition (MEHEL), he shot down a drone measuring 45 by 25 centimeters from a distance of 594 meters, according to representatives of the Armed Forces.

“There is nothing super complicated in this, but you need to learn how to control each system and get used to controllers that are similar to the joystick of a game console,” said Selaway, who did not shoot with laser training.

The laser that has destroyed the drones has a relatively low power – only 5 kilowatts – but the American army has also experienced more powerful weapons. Installed on a truck The mobile demonstrator of a high-energy laser (HEL MD) with a capacity of 30 kilowatts struck dozens of mortar rounds and several drones in November 2013 at the White Sands missile range. 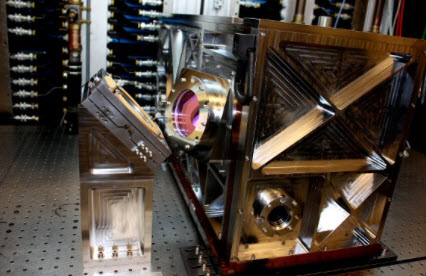 Created by a Lockheed Martin laser with a capacity of 30 kilowatts, known as ALADIN.

Since then, scientists have made great progress in the field of laser weapons, says Bob Ruszkowski, who develops projects to gain air supremacy and automated systems in the secret security department of Lockheed under the unofficial name Skunk Works.

“In future systems, lasers will be presented really very soon,” he notes.

The power of the weapon tested at the White Sands range will double as the Sun plans to conduct tests of a 60-kilowatt laser within the next year and a half, he said in a telephone conversation on May 12.

The laser beam is created through fiber optic cables, similar to those used by telecommunications companies – this was stated by a senior researcher Robert Afazal, who develops lasers and sensor systems in Lockheed.

“We have shown that we can unite many such fiber lasers and link them to the weapons system,” he said.

According to Afazal, lasers very effectively convert electricity into a laser beam.

He argues that this is important for the platforms on which they are installed. This means that there is no need for large generators and a cooling system, and high-energy lasers are easy to transport.

“This was the key problem that had to be solved before starting to install this laser weapon,” said Afazal. – Technology becomes real. We are at the dawn of a new era in which weapons are smaller and have enough power to install it on cars, ships and airplanes. ”

Scientists have demonstrated the potential of a more powerful laser weapon in 2015, when a hole in the hood of a truck was burned from a distance of 1.6 kilometers.

“It was the most effective high-energy laser ever demonstrated,” Afazal said of the test, which showed what could happen if a laser set up on an airplane fired a car.

Ruszkowski says that during combat operations the laser can be used to damage the machine when it is required not to destroy a person, but to capture it alive.

“The laser is a precision weapon, and many are interested in it,” says Afazal. – Such weapons can easily be integrated into the flying art battery AC-130. The US Air Force plans to demonstrate this in the next 2-3 years. ”

According to Ruszkowski, researchers have all the basic ingredients to make such a system work.

“When we realized that the development of laser technologies allows us to create a weapon that is being installed on a plane, we switched to looking for other difficulties that could arise.”

The air flow can destabilize the laser installed on the aircraft, so engineers have developed a way to minimize turbulence, says Ruszkowski and adds that the US Navy equipped the USS Ponce patrolling Persian Gulf with laser weapons.

Laser weapons, perhaps, will appear just in time to fight the growing arsenal of cheap in the production of drones and missiles, which are in the hands of terrorists and unreliable states, which threatens costly US military equipment.

“Threats reappear and change,” but laser weapons can resist some of them, says Afazal.

According to him, the advantage of laser weapons is that it does not need ammunition. For example, an advanced operational base will be able to protect itself from attacks from the air by means of a laser, as long as there is enough fuel to run the generator and recharge its batteries.

Afazal says that the prospect of using this type of weapon against enemy soldiers is vague, and now the US avoids discussing this topic, since international agreements prohibit the use of weapons that are designed to irreversibly blind people.

“Before the lasers are installed and we understand how they work, the policy will remain conservative,” he said.