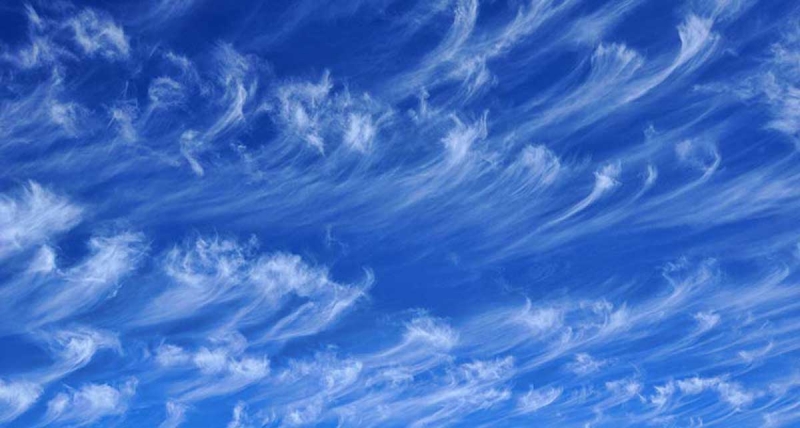 Scientists hope to influence climatic conditions, crushing of the ice crystals in Cirrus clouds with a laser. A few days ago in the journal Science Advances, the researchers told about the successful experiment on the fragmentation of tiny particles of ice in the laboratory.

It is known that the smaller ice particles in clouds and the more, the more intense the clouds reflect the light falling upon them. Scientists hope that, rasmala ice crystals floating in the sky, can reflect sunlight back into space and thereby combat global warming.

Scientists from the University of Geneva and Karlsruhe Institute of Technology have launched water drops in a cooling chamber that simulates atmospheric conditions at high altitude, where usually formed Cirrus clouds. The water in the chamber froze, forming spherical particles of ice that scientists crushed using a powerful flash laser.

When hit by the laser beam on a particle at its center, the temperature increases rapidly and the particle explodes and most of it is converted to steam. However, water vapor congenerous quickly, forming even smaller particles.

The study’s author Mary Matthews (Mary Matthews) at the University of Geneva is sure that technology will have a very long time to improve, before it is used in practice.

“We hope that the progress of laser technology will give us a more powerful mobile lasers that can be used in the field,” said Matthews.

However, the manipulation of clouds can have dangerous consequences. Labour Storelva (Trude Storelvmo), a meteorologist at Yale University, recalls that not only clouds prevent the rays coming from the Sun, but the radiation emitted by the heated earth. Therefore, increasing the reflectivity of clouds, you can enhance the greenhouse effect.

“The method seems promising, however, it should be applied only to the Cirrus clouds of a particular type — those which have the increased thickness,” said Storella.

David Mitchell (David Mitchell) from the Institute for desert research Reno (Nevada) questioned the effectiveness of the technology. He noted that to ensure the laser energy will have to burn fossil fuels, filling the atmosphere with substances that provoke global warming.

“I think the study is very interesting, but no idea how it can be used for cooling our planet,” said Mitchell.