LED lamps have intensified the light pollution of the Earth 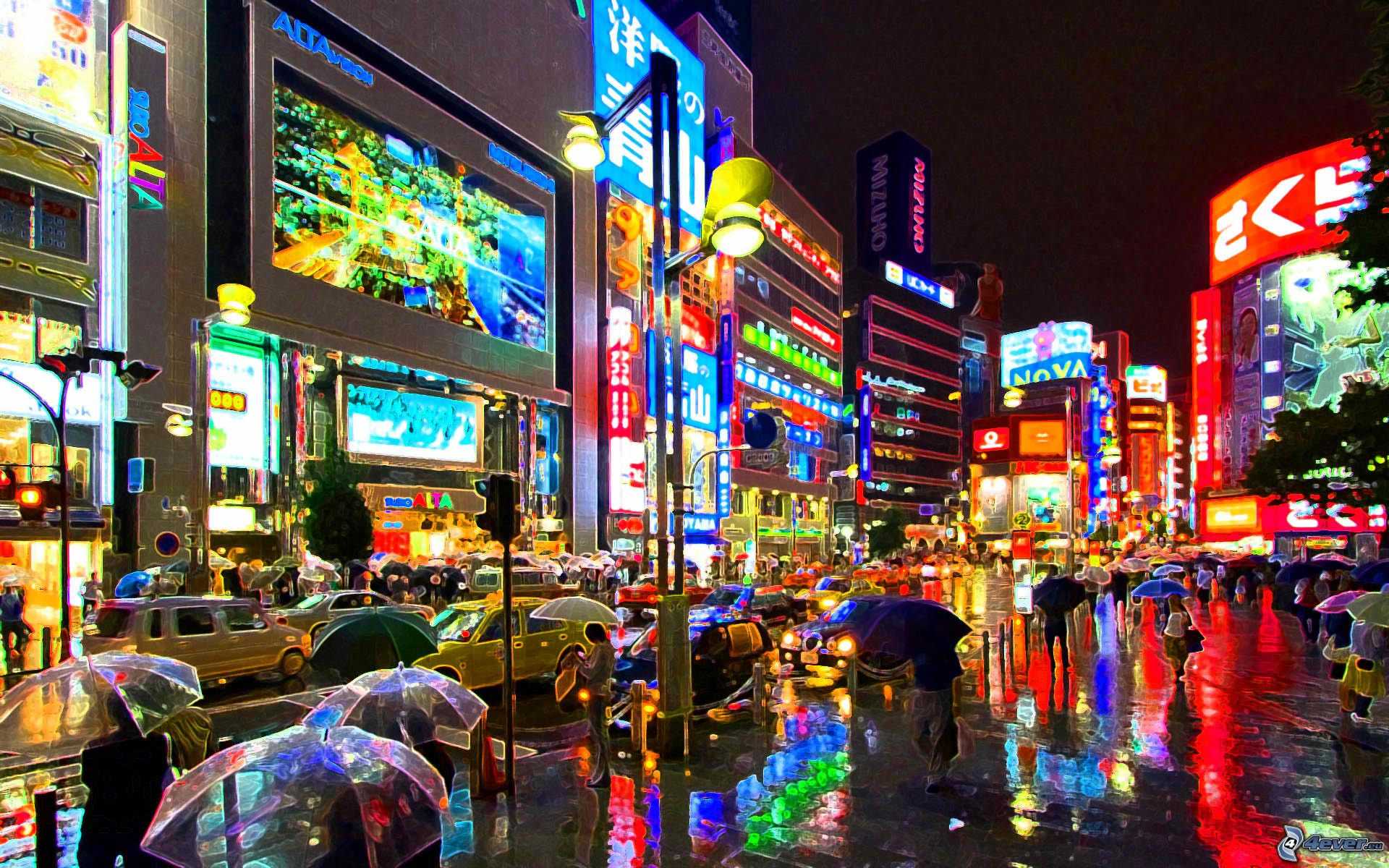 The analysis of satellite observations showed that the use of LED lamps leads to an increase in the number of illuminated areas.

Light pollution, or light smog, is a phenomenon in which light from artificial light sources is scattered in the lower layers of the atmosphere. This process adversely affects human health and the state of nature: for example, disrupting the daily cycle of sleep of people and animals. Light pollution is increasing every year. An international group of scientists came to the conclusion that one of the reasons is attempts to reduce electricity consumption with the help of LED lamps.

Such lamps are considered to be one of the safest sources of light for the environment. They spend less energy than other sources. They do not use mercury in their production, so they are easier to dispose of without harm to the environment than fluorescent lamps. They also last longer than other types of lamps.

Scientists analyzed the data of observations of the Suomi NPP satellite and traced the dynamics of the illumination of the Earth’s surface. According to them, despite the widespread use of LED lamps and energy savings, the level of illumination is increasing. In the period from 2012 to 2016 the number of illuminated territories grew by 2.2% per year. Researchers called this phenomenon “rebound effect” (rebound effect): the more administration of the settlement saves, for example, on street lamps, the more money can be spent on lighting new areas.

Part of the radiation of traditional incandescent lamps lies in the infrared range, this part is recorded by satellite instruments. Therefore, the territories illuminated mainly by LED lamps should appear “darker” on satellite images. Scientists had expected that this would happen in pictures of the territories of developed countries that had already switched to LED lamps, but the indicators remained the same, and at some points grew. In the period from 2012 to 2016, the level of illumination in 59 countries increased by 110-150%, in 20 countries – by more than 150%. The indicator has decreased noticeably only in 16 countries. The most active lighting was growing in South America, Africa and Asia. 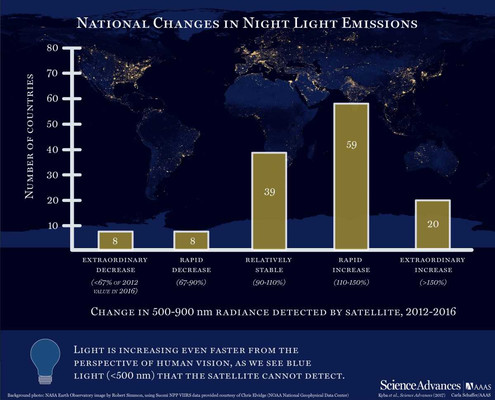