Lemurs maintain health with the help of embraces 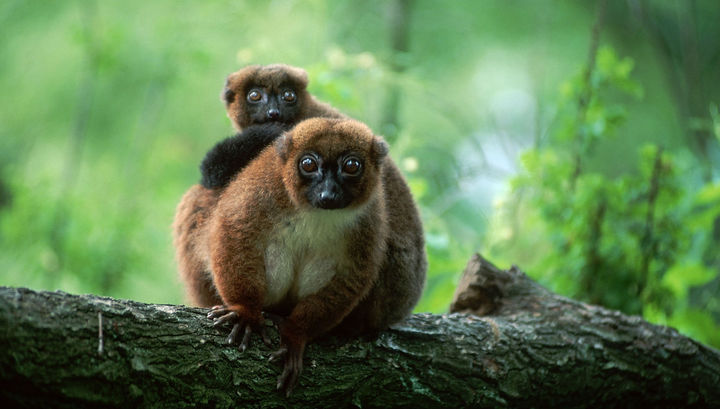 The health of broodmothers lemurs directly depends on the embrace. This discovery can be useful for people’s health, the authors of the new work are sure.

In the course of it, scientists showed: the closer these animals become to each other, the more common microbes they have. And over time, this “synchronization” can lead to the emergence of “collective immunity”, working against unfamiliar sources of infection, the researchers say.
“In close social groups, such as in leprechaun lemurs, the social environment is the key to immunity,” says Aura Raulo, a member of the research group at Oxford University, “Common microbial” allies “and” enemies “reduce the chances of animals getting infections caused by opportunistic microorganisms “.

However, scientists already knew that the closest communication brings some advantages to the group thanks to common microbes. Specifically, this work examined the relationship between social dynamics (embraces) and the spread of intestinal bacteria.

For this reason, the choice fell on lemurs, who are known to be a social type of animals, spend a lot of time with each other and do not disdain to cling to friends from time to time.

Specialists studied specimens of faeces of 36 red-breasted lemurs, living in the National Park of Ranomafan (Madagascar). The study showed that the intestinal microbiota of the lemur group were “noticeably similar”, and in close friends within these groups, the intestinal bacteria were completely identical.

Note that similar results were previously observed in other animals, including baboons, and this can also occur in humans.

“The microbiota of the intestines of the wildfire lemurs was very similar to that of the members of their group, they are incredibly cohesive and constantly in contact, and they rarely interact with other groups, so the results are understandable,” says anthropologist Andrew Baden, a member of the research team Andrea Baden) from Oxford University.

Moreover, having studied intestinal bacteria, scientists were able to establish which lemur was in contact with which lemur.

The topic was especially interesting to scientists in connection with the latest studies showing the importance of intestinal microbes for both humans and animals, as they are responsible for “fine tuning” the work of the immune system and help the digestive process. And if there are any problems with intestinal bacteria, then immediately there may be a lot of health problems.

It is noteworthy that scientists have previously assumed that such gestures as embraces and kisses are of great benefit to our health. In particular, the so-called “French” kisses are a great way to “share” bacteria with each other.

It is known that both genetics and many other factors, including diet and stress, as well as those with whom we are in close contact, affect our microbiota.
“When people with different intestinal bacteria interact with each other, they share their symbiotic bacteria, for example, through touching.” Such a “bacterial transmission” can make us more or less healthy, “Raulo says.

The researcher gives an example: “I can place bacteria in my intestine that behave well and they fit my symbiotic intestinal community, but it may happen that they can be invasive pathogens for another person who is not used to them.”

Researchers insist that more work is needed to prove the connection between close contact, synchronization of intestinal bacteria and improvement of human health, as happens in lemurs.

If further work will show how common microbes that people transmit to each other can protect us from diseases, then a person will have another reason for embracing, scientists joke.
“It is important to understand how a healthy intestinal microbiota builds up and what role a wider social and environmental environment plays in this matter,” Raulo says.

In his opinion, understanding how the social environment and stress are related to the intestinal microbiota may be able to explain why so many autoimmune diseases occur in the Western world. Once it can be useful in the treatment of such diseases, scientists conclude.

The results of the study, in which the benefits of strong embraces were revealed, are published in the Journal of Animal Ecology.