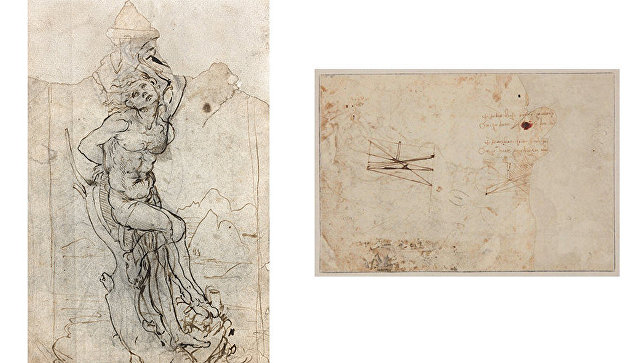 The drawing worth 15 million euros of Leonardo da Vinci was accidentally found in Paris.

It is reported that in March the French doctor on pension who wished to remain anonymous brought a pack of drawings to the auction house of Tajan. They belonged to his father who lived in the central France.

The employee of Tajan Taddi Pratt noticed the image of the Saint Sebastian tied to a tree among 15 works.

Experts found out that this drawing executed by ink belongs to Leonardo da Vinci’s feather and was made during the period between 1482 and 1485.