Life at highways threatens with dementia 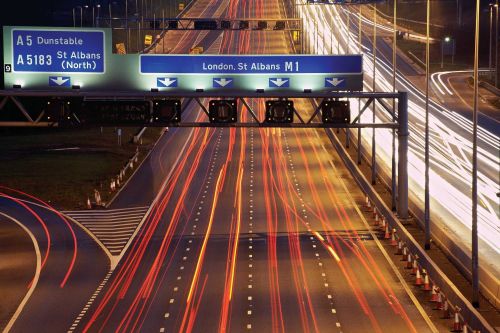 The international group of scientists confirmed that accommodation near highways is connected with the increased risk of development of dementia.

Neurodegenerate diseases — group of diseases which are expressed in the progressing death of neurons. Despite prevalence, development mechanisms of such anomalies are studied insufficiently. Last works showed that the noise pollution and air pollution characteristic, for example, of busy roads belong to their risk factors. So, accommodation near highways reduces amount of white substance.

However still selections in similar researches were insignificant, besides, in them communication of the residence with multiple sclerosis wasn’t considered (but only with Parkinson’s disease or dementia). To meet a lack, scientists from Laboratory of public health care of Ontario and other organizations studied data about more than 6,5 million residents of Canada at the age of 20–85 years. Researchers used data from 2001 for 2012.

Then authors allocated 243 611 cases of dementia, 31 577 cases of a disease of Parkinson and 9 247 cases of cases of multiple sclerosis which were compared with the place of residence of patients. Results showed that at those who lived in limits of 50 meters from the road the risk of dementia was seven higher than percent points in comparison with those who lived at distance more than 300 meters. And for multiple sclerosis and Parkinson’s disease correlation wasn’t observed.

According to scientists, the obtained data are specified danger of accommodation in close proximity to busy roads. Especially urgent this conclusion is against the background of development of network of highways within the living area, including in megalopolises. Authors note that their work supplements results of the previous researches which connected life near roads with risk of development of cardiovascular diseases and diabetes.