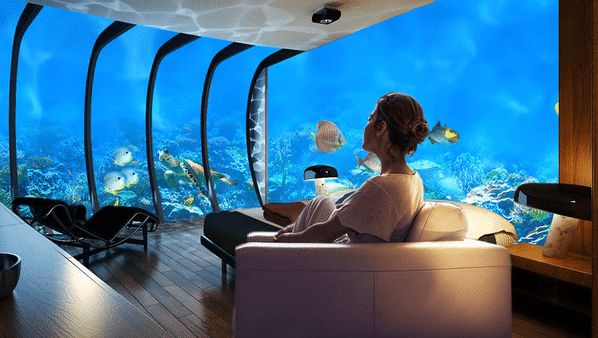 World Oceans Day, which is celebrated annually on July 8, was established to draw public attention to the problems of the oceans, which are subject to the aggressive influence of human economic activity. Scientists – futurists do not exclude the scenario of the migration of a large part of mankind to the oceans, at least for the reason that they occupy 71% of the entire surface of the Earth. This thought owns the minds and all those engineering engineers who are working on creating an underwater house for a person. 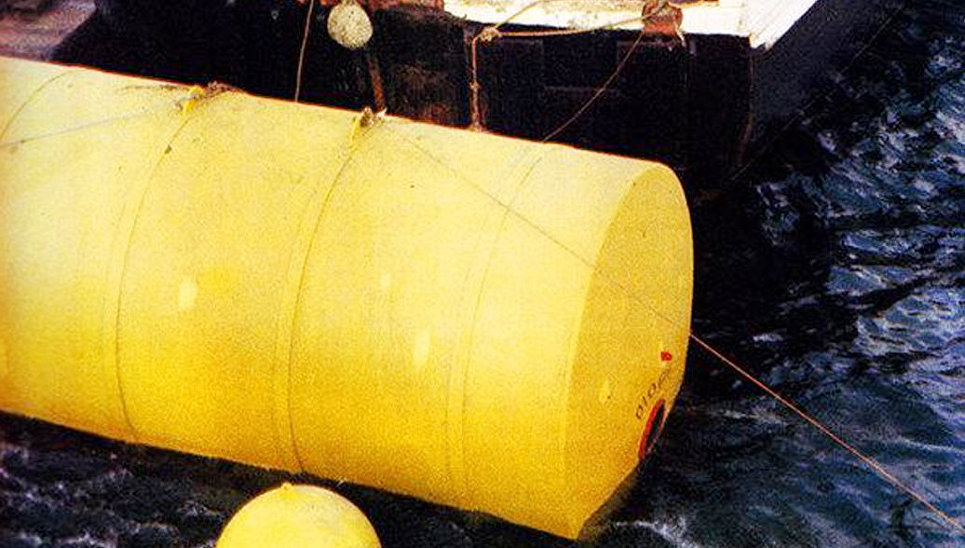 Most of the submarine buildings were created in the 60-70s, thanks to the active work of Jacques-Yves Cousteau, who created the world’s first underwater house “Diogenes” (he looked like a big barrel). This house was installed in the Marseilles harbor at a depth of 10 meters in September 1962. A little later (1965), Cousteau put the Preconcentent-3 laboratory in the Mediterranean at a depth of 100 meters.

Infected with the idea of ​​life in the oceans, underwater houses and laboratories began to be built in the USA, England, Germany, Bulgaria, Czechoslovakia, Poland and the USSR. 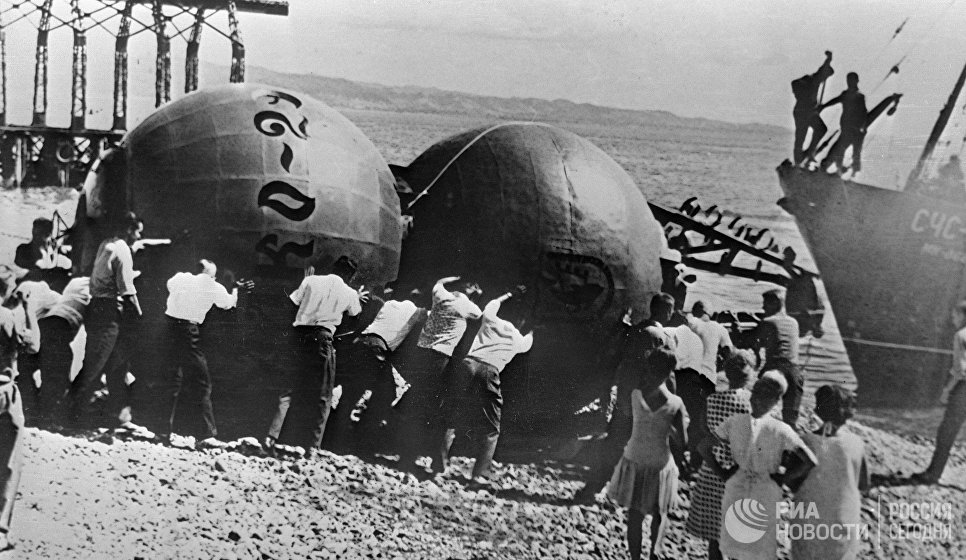 We have created three samples of such houses: “Ichthyander”, which was built in 1966 by scuba divers from Donetsk; Sadko is a submarine house of the Leningrad Hydrometeorological Institute; And “Chernomor” – the project was implemented by the Institute of Oceanology. P.P. Shirshov Institute of RAS.
From the studies conducted in these houses, it became clear that life in the ocean is quite possible, and it is possible at different depths. But it is specific and requires the solution of several important problems.

First, it requires the creation of an artificial atmosphere. For submarine houses, an atmosphere consisting of a mixture of two or three gases was usually used. One option is to replace nitrogen with helium (this is done to avoid caisson sickness and narcotic intoxication from nitrogen, which is caused by an increase in atmospheric pressure) and add 2% oxygen, another option is to mix: 4% oxygen, 16% nitrogen and 80% helium. The difficulty lies in precisely maintaining this composition.

Secondly, as it turned out, a person begins to feel very cold in the helium atmosphere. Helium has a greater thermal conductivity than nitrogen, and so that a person does not feel cold, the temperature in the house should be from 28 to 38 ° C. It is interesting that in such an atmosphere a person sitting still can be very hot, but it’s worth starting to move, as soon as the cold is felt.

Another point is the change in the properties of the voice in the helium atmosphere. We all know the effect of “Donald Duck” by inhaling the contents of a balloon with helium – then the sounds of a human voice become like a quacking duckling from a Walt Disney cartoon. Imagine if you have to say this all the time? Moreover, aquanauts not only do not recognize each other’s voices well, but they also can not make out the words they say!

Another difficulty is associated with the impossibility of immediately rising to the surface of the ocean, if something suddenly happens. Outgoing for a walk to the depths of the ocean, the aquanaut must necessarily return to his underwater house – the way to the top is closed to him. In order to provide timely assistance to the person in trouble, they must know in the underwater house who, when and with what assignment left the house, how much respiratory mixture was in the cylinders of his apparatus … This is due to the problem of rapid equalization of pressure, which is possible only in a pressure chamber serving as an intermediate Link between the house and the land. 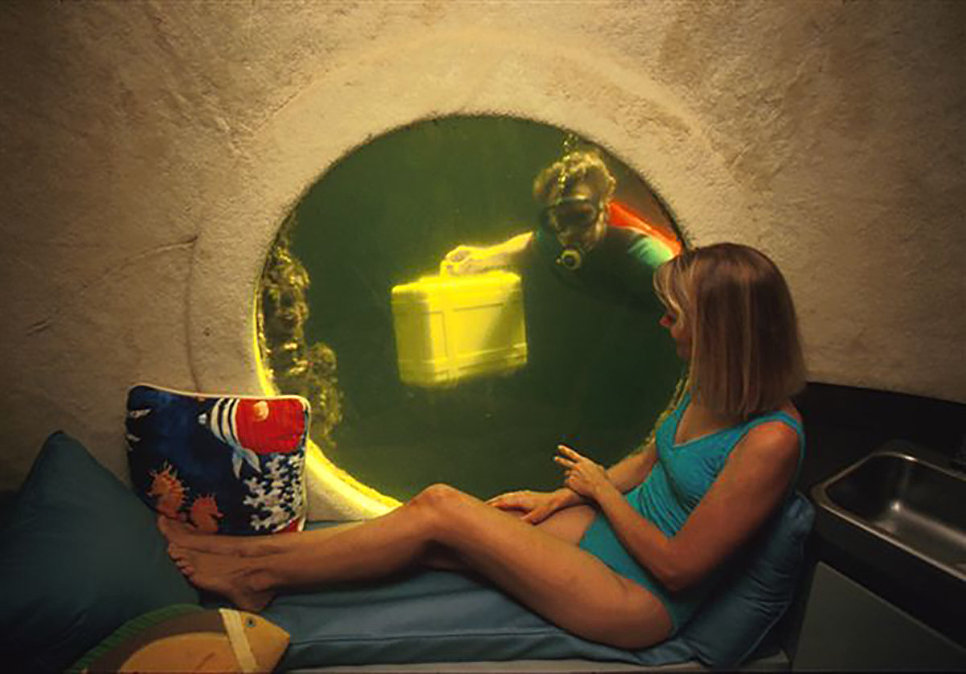 However, this little romance aquanauts does not seem to have such problems, as explained by Alexander Vladimirovich Suvorov, head of the department of human physiology under extreme conditions of the Institute of Biomedical Problems of the Russian Academy of Sciences:

“I lived 9 days at the only functioning underwater house in Florida – it’s called” Jules Undersea Lodge. “The underwater laboratory is located at a depth of 7 meters, and the hotel is at a depth of 5 meters.It is incredibly interesting, absolutely stunning impression. But even after this small depth, it took 3 hours of decompression in the pressure chamber to go out on land without any problems, and yet I do not see any insuperable obstacles for people to live in the oceans. Such hotels will be built In the very near future. ”

Indeed, similar projects are constantly being offered, their construction is being announced and hotel rooms are being booked. Perhaps, very soon the World Ocean Day will be celebrated in the present underwater house.