Life on Earth was born on land, not in the ocean 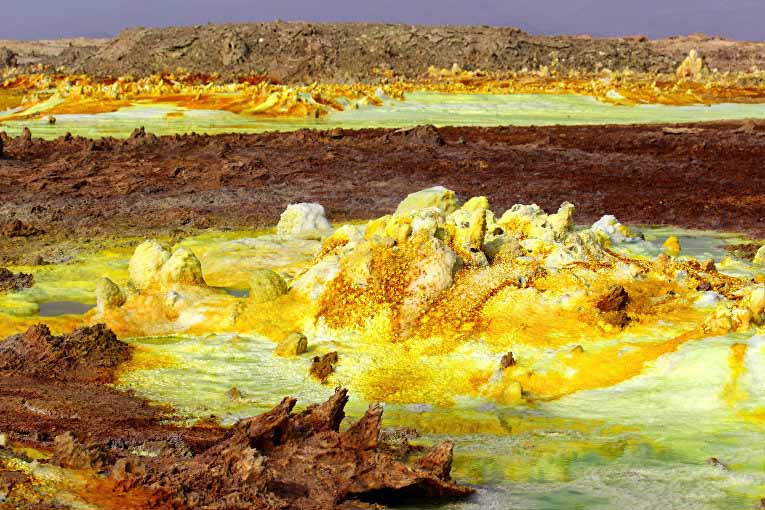 Scientists have discovered in Australia, one of the oldest traces of life, formed in the vicinity of hot geysers on land about 3.5 billion years ago, according to an article published in the journal Nature Communications.

“The similar structure of deposits of the Dresser formation and rocks in modern geysers suggests that the ancient hot springs did not differ greatly in their appearance and properties from their modern” heirs. “Something similar could have happened on Mars and we should concentrate the search for life on it Surface, studying such deposits, “- said Tara Djokich (Tara Djokic) from the University of New South Wales (Australia).

The first living organisms appeared on Earth during the Archaean era, and so far there is no generally accepted point of view about how and when life began. To date, there are several fossil indications that microbes already existed in the primary ocean of the Earth about 3.4 billion years ago, but many scientists believe that life could have arisen much earlier than this mark.

In recent years, an increasing number of evolutionary biologists have come to the conclusion that life could have arisen not on the oceans of the Earth, but on the surface of land, in lakes and at the vents of geysers and volcanoes. In favor of this is the fact that on land there were a number of critical elements, including molybdenum, boron and nitrogen, which were extremely few in the “soup” of the primary ocean. About the same say geneticists, recently resurrected the genome of “Luke”, a microbe-ancestor of all life on Earth.

Dzhokich and her colleagues found the first “material” evidence in favor of this hypothesis, carrying out excavations in the west of Australia, where the breeds of the Dresser formation, formed about 3.48 billion years ago, in the supposed era of the origin of life on Earth.

The Pilbar region, where these deposits are located, was one of the most powerful centers of volcanism on Earth in that era. Most of its volcanoes and hydrothermal springs were under water, however some of them, as Dzhokic says, were on land. Geologists have already found traces of microbes in the “underwater” sediments of Pelibara, but did not attempt to search for them on land, which, scientists believed, would be inhabited only three billion years later.

It turned out that in this they were wrong – the team Dzhokich found many traces of microbes in two different deposits of so-called “geyserites” – rocks that form in the water of geysers and hot springs. Inside them, scientists have found microbial prints, pyrites and minerals that form only inside or in the presence of living organisms, as well as traces of gas bubbles, for which bacterial proteins and other polymer molecules are needed.

In general, as geologists note, these deposits are no different from those that arise in modern hot springs and geysers in Yellowstone Park and in other areas of volcanic activity. Accordingly, it can be said that land geysers and volcanic “streams” could indeed be one of the first sanctuaries of life on Earth, and also on other planets, such as Mars, where such conditions existed in the past.