Life on Earth was due to lightning 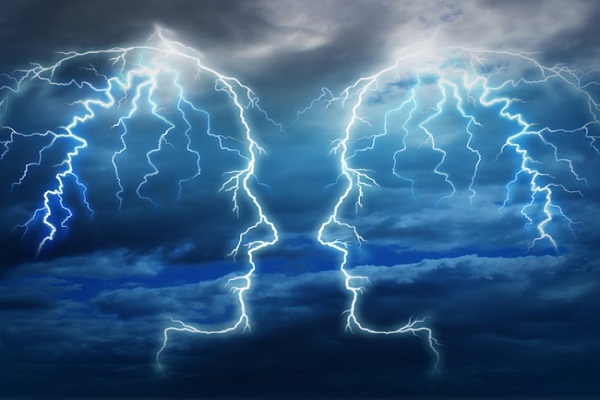 Scientists quite seriously say that humanity, by its origin, should be due to lightning. Yes, yes, to the lightning! And they approach this conclusion in the following way.

Millions of years ago, our planet was spinning in pitch darkness. And it was shrouded in a dense gas blanket. Gradually, the Earth’s atmosphere began to clear. A rather long time period passed before the first rays of the Sun illuminated the lifeless and empty surface of our planet. Many more millions of years have passed before the time that those couples that were kept in its atmosphere began to condense, turning into water. The universe is not hasty, but it’s still the time when the ocean formed on Earth. Then there was the possibility of moving to the next act of creation – the creation of life.

American scientists believe that it took only 10 million years for nature to create the first similarity of unicellular organisms, before the appearance of the first cyanobacteria. Their fossils were discovered by researchers in Africa and Australia. Modern science has them up to 3.5 billion years. Only 400 million years were needed to improve the first microorganisms.

Scientists with a world name constantly experiment, conduct research to recreate the conditions that once existed on our planet. By the way, scientists for a long time could not answer the question that tormented them: What came first – an egg or a chicken? What connection originated earlier: RNA (matrix, engine of all vital matters) or an enzyme, which should be built according to the plan laid down in RNA. What before?

Yet by 1982, scientists found “the beginning of all beginnings.” It was found that RNA in biochemical processes plays a dual role: sometimes some parts of this molecule play the role of enzyme-catalysts. Hence, all the same synthesis must begin with the catalytic part of RNA. In the aftermath, it was suggested that we all are due to lightning – atmospheric electric charges and forced the mixture from which the primary atmosphere of the Earth (water vapor, hydrogen and ammonia) was composed, due to which the first organic molecules that were made Precursors of the creation of all life on Earth.