Life on the ISS changed the brains of astronauts 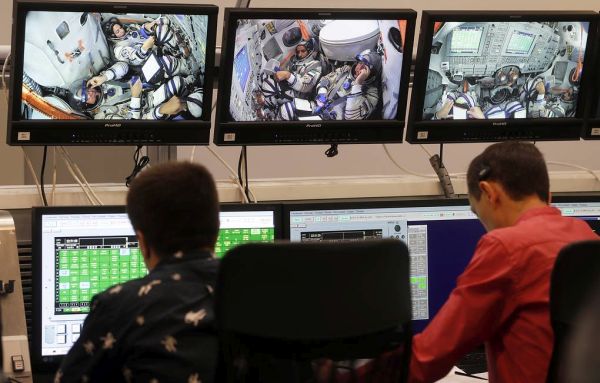 Russian and European scientists have followed how long life aboard the International Space Station (ISS) influenced the structure of the brain of astronauts. Scientists have found small, temporary changes in the amount of white and gray matter in the front and back of the brain. Seven months after returning to Earth, these changes have almost completely disappeared, scientists write in the scientific journal Science Advances.

“For the first time, we observed how the centers of motion and other regions of the brain adapt to life in space. It turned out that they increase the volume of white matter and change the nature of connections between nerve cells. In addition, we found new evidence that changes in the shape and structure of the brain related to how the cerebrospinal fluid behaves in zero gravity, “- the researchers write.

Scientists have been researching how life in space affects the health and functioning of the immune system in humans and animals for many years. For example, four years ago, they figured out why astronauts in zero gravity have vision problems, and also learned what caused astronauts to fall and lose their balance on the moon.

Scientists recently discovered that long flights into space irreversibly weaken the muscles in the back and lead to a round heart. Experiments on animals have also shown that flying to Mars can negatively affect the psyche and mental abilities of astronauts due to the way cosmic rays affect brain cells.

A group of space physicians from Russia and Europe led by a researcher at the University of Antwerp (Belgium) Ben Jerissen for the first time traced how long-term expeditions to the ISS influenced the micro- and macrostructure of the brain of astronauts.

This study involved nine ISS crew members who agreed to undergo pre-flight and post-flight examinations. The astronauts were examined using conventional magnetic resonance imaging machines and their diffuse variety, which can directly measure how the structure of the brain has changed in each three-dimensional “pixel” of the image they receive.

Thanks to this, for the first time, doctors have followed what small changes in the structure of the brain led to major shifts in its work and shape, previously discovered using conventional MRI systems. In particular, scientists found that after being on the ISS, the amount of white matter and its distribution over the brains of astronauts changed markedly.

At the same time, Jerissen and his colleagues did not notice that the nervous tissue degenerated or irreversible changes appeared in the brain structure. Most of these anomalies, with the exception of shifts in the size of the central groove, completely disappeared approximately seven months after returning to Earth.

In addition, scientists have figured out a possible reason why many astronauts and cosmonauts lose vision during flight and after returning to Earth. Their results show that this problem is associated with an increase in the volume of the ventricles of the brain – special cavities where cerebrospinal fluid accumulates.

This finding came as a surprise to the researchers, as previous studies indicated that changes in the pressure and position of nerves within the eyes were the cause of vision problems, rather than abnormalities elsewhere in the brain. To understand which of the two theories is closer to the truth, the following observations will help, Jerissen and his colleagues hope.