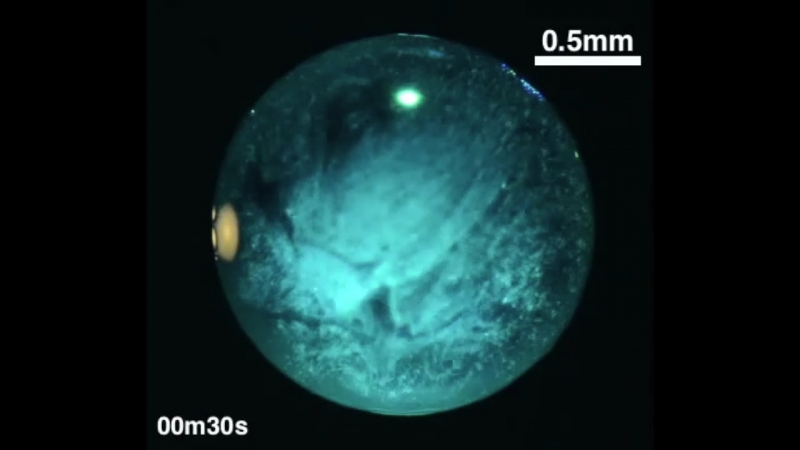 People rarely pay attention to the drops of liquid that remain on the edges of the cups. But not physics. Scientists are studying the entire life expectancy of the droplet from the first spray to the disappearance.

Detlef Laws from the University of Twente (Netherlands) and his colleagues have carefully studied the drops of the alcoholic liquid ouzo. Ouzo is a mixture of water, ethanol and anise oil, which makes the physical properties of the solution particularly difficult. Laws and his colleagues have set up cameras at various angles to record the life cycle of a drop of liquor that they put on super hydrophobic surface using a fine needle. The drop took nearly 15 minutes to evaporate, leaving behind a tiny vial of oil.

The researchers observed four stages of life drops. In the first stage, when the dome drops evaporate the ethanol, it is transparent. Ethanol begins to evaporate from the edges. Low concentration of ethanol leads to the formation of droplets of oil around the edges first and the second phase — throughout the drop. Drops of oil lead to the effect of the RCD — milky state, which takes the RCD when it is served in a glass of water. In the third phase, the oil ring around the droplets becomes denser, and the drop begins to decrease, becoming again transparent. In the end, water is reduced to tiny dots in a slightly larger bubble of oil. Then the drop disappears completely.

Recorded and accelerated the movement of the different liquids in the RCD looks like the swirling clouds of a distant planet.