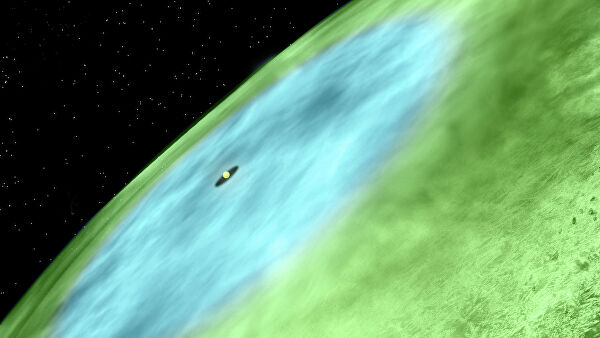 The moment of the origin of life on Earth is one of the most exciting moments of evolution. It is not surprising that scientists have long and stubbornly searched for traces of the appearance of their first life.

Fossils 3.5 years old discovered in hot springs of Australia almost 40 years ago became a world sensation. A number of scientists already stated that they contain the remains of living organisms, which means that life on the planet originated at least 600 million years earlier than science thought. However, their opponents felt that arguments were not enough for such a loud statement. To put an end to the dispute, I had to wait several decades until suitable technologies appeared. And now, Australian scientists tested the fossils found on the six most advanced instruments.

Such a comprehensive consultation should have ruled out errors; it is unambiguous to say whether these ancient remains contain traces of life. The answer was positive. The remains consist mainly of the pyrite mineral, which is penetrated by minute pores. They have organic filaments, similar in composition to the walls of the membranes of modern bacteria. In addition, organic materials are found in pyrite, which are the products of the vital activity of microorganisms.

Australian finds are interesting for several reasons. Firstly, the period of the birth of life must now be postponed hundreds of millions of years ago. Secondly, confirmation was found that life on Earth could have arisen in thermal fresh springs on land, and not in the salty waters of the ocean. But the “marine” version is still considered dominant. Thirdly, Australian finds can be a tip for future missions to Mars, suggesting where and how to look for traces of once existing life. According to researchers, the soil on the Red Planet in some areas strongly resembles the Australian. And in age they are approximately the same.

It should be noted that the portfolio of science has many other arguments in store that can push the term of life even further. So in 2017, a group of researchers reported that, not far from Canada, the remains of living creatures that lived on Earth 4.28 billion years ago were found in geothermal sources of the ocean. However, this statement so far raises more criticism than support. Experts doubt both the dating and the biological origin of the detected “signs of life.” But even half a century doubted Australian findings …