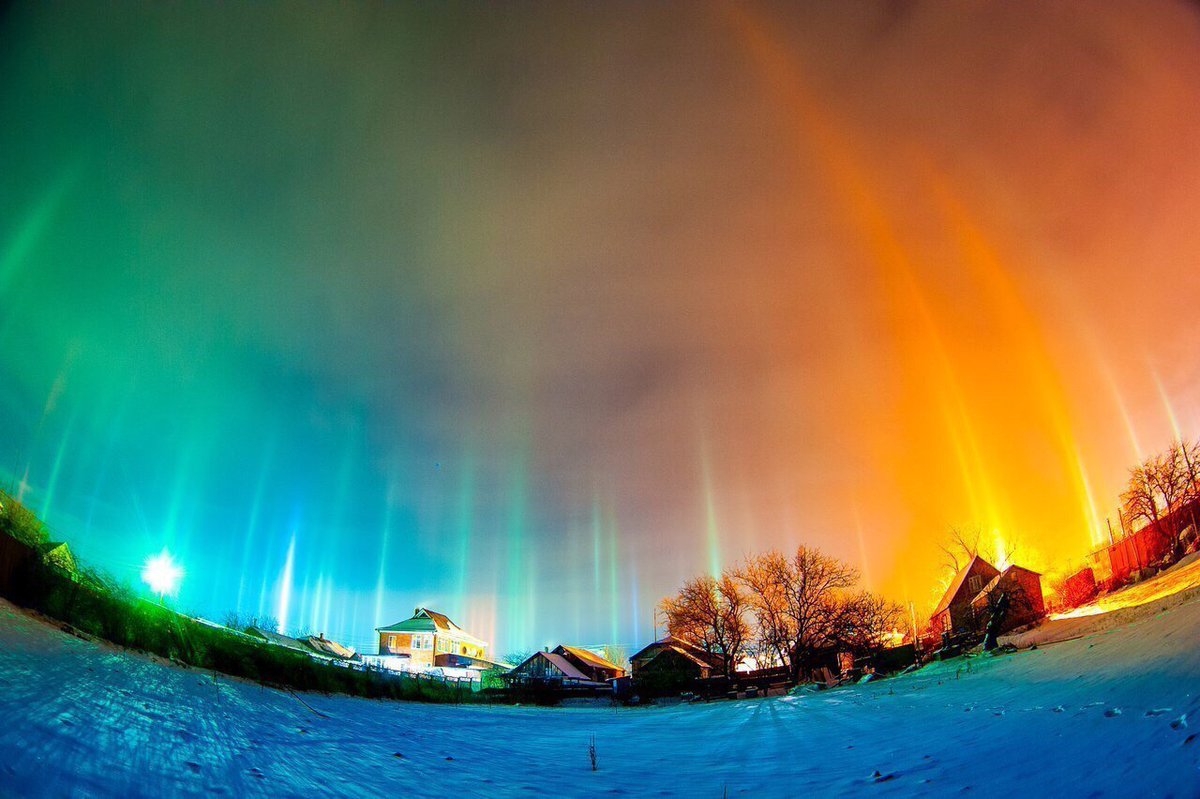 Deputy Chairman of the southern scientific center of Russian Academy of science, candidate of biological Sciences Oleg Stepanyan explained the origin of “light pillars” in the sky over Rostov-on-don, surprising many residents of the city.

Residents of Rostov last night published in social networks photos of the light rays in the sky over the city. According to local media, these rays are even scared of some guys.

“There are two possible reasons for the origin of these “pillars”: the first reason optical are such light, which are perceived by us as some pillars, this is due to atmospheric processes. The second reason is connected with our public lighting, the combination of a vertical city lights, and the so-called “cold dust” in the air — this, in my opinion, was observed in Rostov, cloud in this case has created a reflective effect,” — said Stepanyan.

He added that the “light poles” was not of natural origin, and belong to optical illusions. According to him, this phenomenon became possible after a sharp fall of air temperatures, typical for most of the Siberian regions.

“On Friday afternoon the weather was warmer, and at night quite a sharp temperature drop to minus 14. The air was humid, and the water that was in the air as steam began to crystallize. In fact, in the air formed ice crystals, ice snowflakes. It is called “frosty dust”, “mist”. Code these icicles or snowflakes hanging in the air, they are like mirrors that reflect the light that falls on them. For example, a car with lights on up the hill, and the man on the other hand, it seems that the pillar of light goes up. In the centre of Rostov there are many such places where the car needs to go to the hill,” said Stepanyan, adding that even a light object can become the source of several “light pillars”.

According to the scientist, in the summer these “pillars” can be seen during the fog. As told the interlocutor of the Agency, some time ago in Rostov-na-Donu observed one major optical illusion, when the lights of the monument to the Strike of 1902, in combination with the low clouds created a huge shadow over the city.