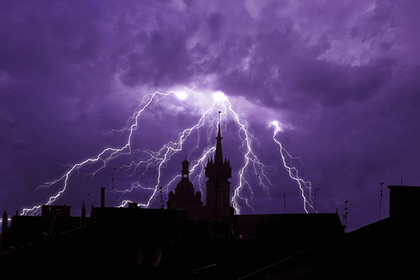 Japanese scientists have discovered that lightning discharges in the Earth’s atmosphere lead to the birth of positrons – antiparticles of electrons.

During the observations, scientists discovered three different types of gamma-ray bursts that accompanied a lightning bolt. The first signal lasted less than one millisecond, the second one – tens of milliseconds, the third – about a minute.

The first radiation, as scientists established, occurred directly from lightning, the second was the result of secondary emission. The third signal is related to the photonuclear reaction occurring with the participation of unstable nitrogen and photon isotopes, one of the products of which are positrons.

For their observations, scientists used four detectors installed on the northwest coast of Honshu Island. Experts plan to continue research, in all at their disposal there are ten detectors.