Lightning is a source of extreme oxidants that clean the air 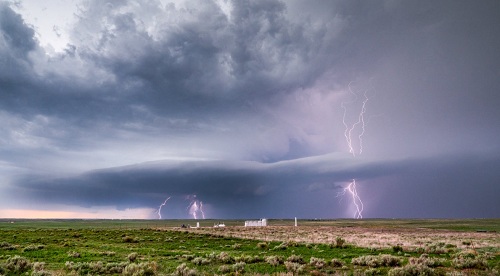 In May and June 2012, the DC-8 aircraft flew through the eyes of thunderstorms over Oklahoma and Colorado to understand lightning’s ability to clean the Earth’s atmosphere. The measurements taken are a first in thunderstorms, said researcher William H. Brune.

The plane measured two oxidizing agents in thunderstorm clouds — one was the hydroxyl radical (OH) and the other was the hydroperoxyl radical (HO2). Scientists denote this direct oxidative process by the formula LHOx. The combined concentration of both oxidants generated by lightning reached thousands of parts per trillion in some clouds.

“We didn’t expect to see anything like that,” said Brun, an atmospheric scientist at Pennsylvania State University. “We put off the data because it was so extreme.”

“If LHOx is an important source of global OH, it is logical to assume that OH produced by the known method – a combination of ozone, water vapor and ultraviolet solar radiation – should be less than currently assumed.”

Oxidation occurring in electrified clouds could eventually produce up to 12 percent of all hydroxide found worldwide, a finding that shocked researchers.

“We were surprised by the huge amounts of OH and HO2 produced in thunderstorm anvils and cores. They are orders of magnitude larger than any previous atmospheric measurements of HO2 or OH,” Brune continues.

Previous research has mainly focused on the indirect effects of lightning on the atmosphere through the production of nitric oxide (NO), which generates OH and the greenhouse gas ozone. This indirect process is vital to the atmosphere’s ability to clean itself.

“We will need more such interdisciplinary studies to better understand LHOx and its potential importance to atmospheric oxidation processes.”

“Thus, understanding global OH and its sensitivity to climate change is a big deal.”