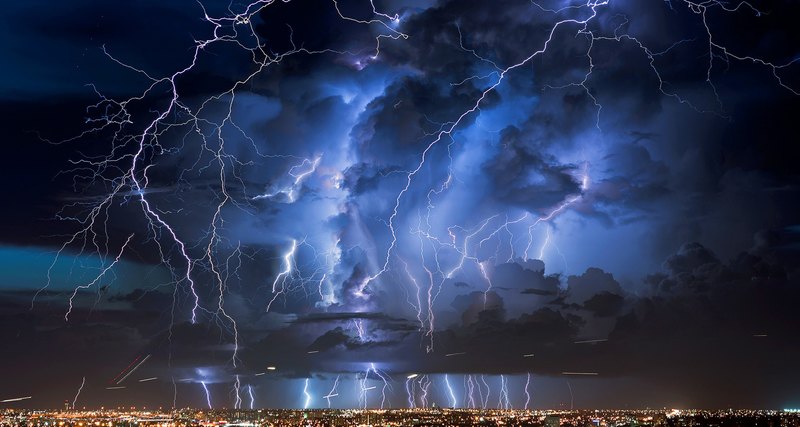 The team of researchers unexpectedly found out that not only cosmic radiation, but also the most common lightning can cause the formation of rare isotopes that scientists around the world use to study the past.

Rare atomic isotopes, such as carbon-13, carbon-14 and nitrogen-15, have long been used in radiocarbon analysis to determine the age of ancient artifacts and to study the characteristics of prehistoric food chains. But what is the source of these isotopes? It’s all about complex cascades of subatomic reactions in the atmosphere that cause high-energy cosmic radiation fluxes.

A group of scientists has discovered a new way of obtaining isotopes in a natural environment: lightning. Carbon-13, one of the main indicators in the study of geochemical processes, is usually formed when high-energy radiation enters the atmosphere and affects the most common form of nitrogen – nitrogen-14. The nitrogen atom loses the neutron, and the resultant unstable nitrogen-13 emits a neutrino and a positively charged electron (positron). The reaction (and subsequent positron annihilation in collision with a negatively charged electron) leads to the formation of a stable carbon-13 atom and two very high-energy gamma rays, often used to detect cosmic rays.

As early as February, scientists who observed a daytime thunderstorm off the northwest coast of Japan suddenly caught the same radiation. Moreover, the team found an even wider range of gamma rays emitted by unstable nitrogen-15 atoms-they are obtained when free neutrons cut into nitrogen-14 atoms at high speed. On the pages of Nature researchers say that this is a direct proof that not only cosmic radiation, but also lightning can cause rare isotopes. But, apparently, they create only a small part of the total number of isotopes, so that modern systems of studying the past using radiocarbon analysis are still valid.