Liquid crystals have a memory effect 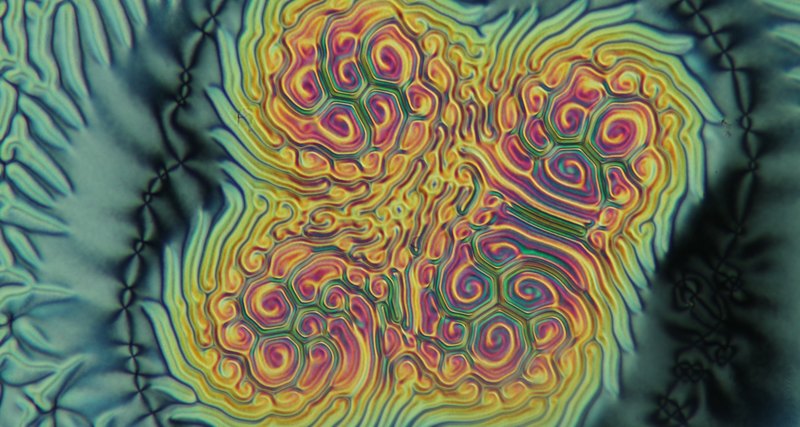 Employees of the Physics Department of Moscow State University named after MV Lomonosov together with Russian and foreign colleagues discovered the effect of memory in liquid crystals under the influence of strong electric fields.

“Under the influence of the electric field, the complete structure of the droplet structure of the chiral liquid crystal is almost complete, and it becomes similar to the structure of a drop of a nematic liquid crystal. After a sharp turn-off of the field, the filament structure quickly returns to a twisted state, “said Alexander Emelianenko, one of the authors of the study, a leading researcher at the Department of Physics of Polymers and Crystals of the Physics Department of Moscow State University. The results of the research were published in the prestigious journal Scientific Reports.

As a result of a series of experiments, scientists found that when the electric field is turned off slowly, the drop of the liquid crystal does not return to the initial state, but takes on a different, more complex structure. By varying the parameters of the electric field, it is possible to obtain various structures of a liquid crystal. The result obtained may allow the creation of reproducible states of liquid crystals, and therefore, record information with them.

“The results provide opportunities for reversible switching between different droplet structures, which is promising for the development of materials with memory effects,” the scientist also explained.

Scientists from the Institute of Physics named after L.V. Kirenskoye Siberian Branch of the Russian Academy of Sciences, Institute of Engineering Physics and Radioelectronics of the Siberian Federal University and Chengong State University (Taiwan).