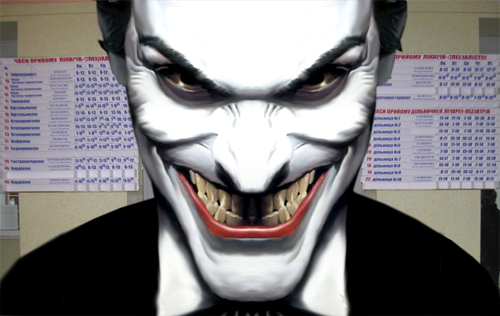 Lithium, one of the key elements of ancient mineral springs proved to be an effective tool in the fight against mental disorders. Scientists have found out exactly how lithium therapy affects brain cells and whether it is able to return to the human condition of mental equilibrium.

In the second century ad the Greek physician and philosopher Galen advised patients suffering from mental illness, to bathe and drink water from the hot springs. Modern scientists have long believed that the prescription of Galen is much more than a placebo. Lithium, which is frequently contained in mineral springs gained recognition as an effective mood stabilizer in bipolar disorders a few decades ago, however, achieved a therapeutic effect, it became known recently.

A team of neuroscientists, under the leadership of Ben Cheyette University of California, San Francisco conducted a study and found that lithium has a positive effect on the thorns of dendrites — processes of nerve cells that transmit nerve signals. Lithium therapy has restored a significant number of nerve cells in laboratory mice that were carriers of genetic mutations similar to those that occur in people suffering from autism, schizophrenia and bipolar disorder people. They reported about it in an article published today in the journal Molecular Psychiatry. Therapy not only restored the nerve cells, but even removed the symptoms of the disease: the mice disappeared reduced motivation, high level of anxiety and normal social interaction with healthy individuals.

“Research proves that between the ability of lithium to change not only behavioural abnormalities but also abnormalities of the dendritic spine, there is a correlation. We can conclude that mental disorder may be somehow related to violation of nerve structures in the spine,” said Scott Soderling, a neuroscientist from Duke University in North Carolina. Over the last 2 decades, scientists have found ample evidence that mental disorders can be associated with improper development of the brain. In particular, they found variations in the strength of synaptic connections and neurons in patients. Intracellular Wnt signaling pathway may shed light on the effectiveness of lithium therapy: lithium inhibits the enzyme GSK-3 β, which is an inhibitor of the Wnt path. Thus increasing the number of nerve signals Wnt, lithium, and produces a therapeutic effect in mental diseases, in which Wnt plays an important role.

Scientists have conducted multiple studies to determine the reliability of your biochemical findings. They compared the genomes 9554 people with bipolar disease, autism or schizophrenia with those of 11,361 unaffected individuals, discovering differences in the genetic sequence of one of the forms DIXDCI, another key gene in the Wnt path. Changes were rare in both groups, but they were about 80% more common indicator that suggests that the mutations increase the risk of developing mental disorders.

When lithium therapy will justify itself, it can be a highly effective drug in the fight against mental illness and to help socialize many patients.