To date, there have been many devices, allowing to observe objects at the atomic level and subatomic, but only inorganic, if we talk about the non-destructive impact. Biologists of Kazan for the first time managed to penetrate into a living microcosm and make three-dimensional pictures submerged worms-nematodes.

Previously to observe microstrain living beings interfere with their mobility and tissue destruction tools. For the fixation of nematodes of the species Caenorhabditis elegans, the researchers used a specially created polymer network. While the worm was in this “trap”, the surface of his body felt a special ultrafine tip of an atomic force microscope, which responds to the presence of atoms under it when using it about electric current. Combine data collected this way, made it possible to obtain a three-dimensional image of the outer shell of the body, also known as the cuticle. 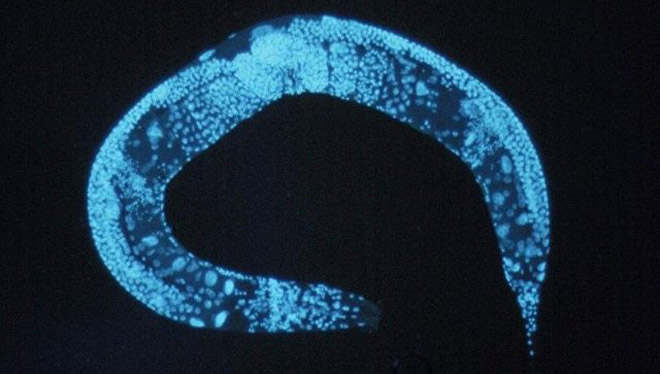