Livestock can be dangerous to health 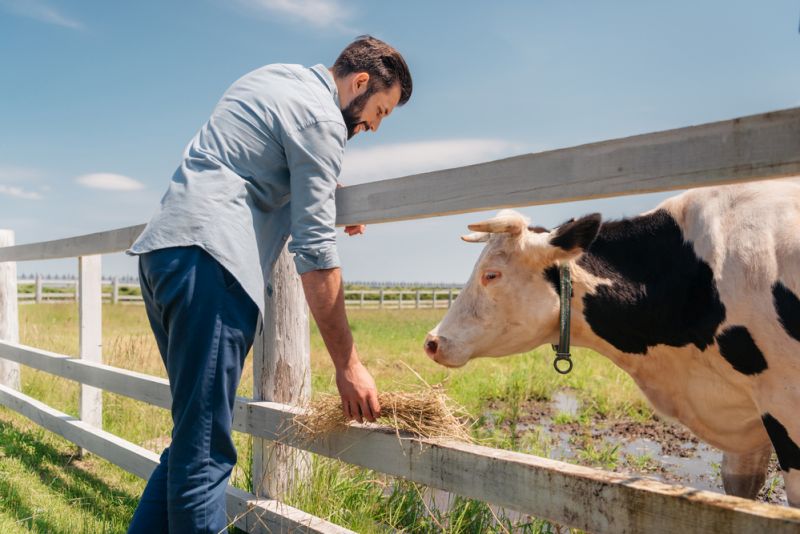 Is life next to the farm useful for your health? Studies on this topic have been conducted in the Netherlands, where large-scale livestock farms are often located near densely populated areas. It is believed that farmers by type of activity have good health, however, new scientific evidence indicates the linkage of health problems both with farmers themselves and with residents of settlements near farms. Research in this area is intended to help in the planning of agricultural activities in the future.

What are the main human health risks associated with livestock farming? First and foremost, these are infectious diseases that can be transmitted from animals to humans, so-called zoonoses, are a threat. For example, avian influenza, salmonella and campylobacter infections are zoonoses associated with livestock. While large-scale epidemics of airborne infections are rare in the population, infected dairy farms (where goats were bred) caused a major Q-fever outbreak in the Netherlands about a decade ago. Some people are also concerned about the presence of bacteria in dairy products that are resistant to antibiotics. One of the most important health threats to a number of people living with farms is the inhalation of air polluted by the farm. How does agriculture contribute to air pollution? The cultivation of poultry creates a large amount of dust. Livestock farms – especially poultry and pig breeding – produce a large amount of dust particles from manure, feathers, straw, animal feed, animal skin particles and hair. Dust can be contaminated with bacteria and viruses, which in most cases are safe for humans, although pathogens such as the avian influenza virus can in certain circumstances be detected in the air near the farms. Farmer territories also emit a mixture of gases, such as ammonia, an irritating gas, which is formed by enzymes in animal waste.

Obviously, farmers are exposed to significantly higher levels of exposure, and contact with farm animals is a major risk factor for the transport of antibiotic-resistant bacteria. Long exposure to dust can also cause chronic respiratory conditions. Nevertheless, farmers are a group of people of working age (aged 16-65 years), often with a relatively healthy lifestyle. Moreover, in the past they could create immunity, for example, to a bacterium that causes Q-fever. However, new residents of livestock areas, as well as vulnerable groups such as children, the elderly and people with chronic diseases, may be more at risk.