Lizards made us doubt the variety of life forms on Earth 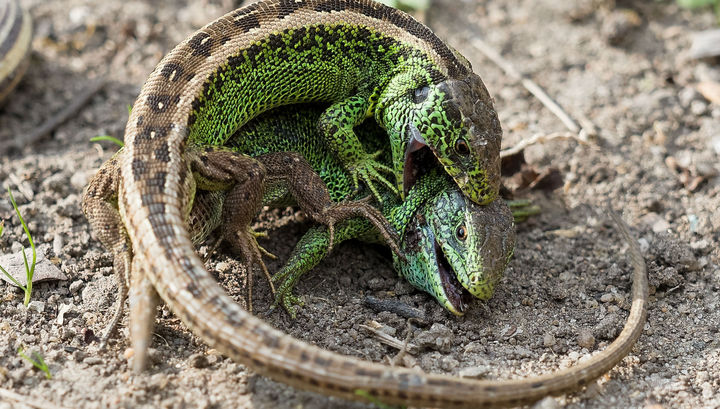 When species that are far from the point of view of biological taxonomy adapt to the same conditions of life, they often form similar signs at the level of physiology and anatomy. Specialists call this process the term convergence and can draw from its study many far-reaching conclusions in various fields.

So, the team of ecologists led by Eric Pianka and Laurie Vitt decided to turn the classical notion of the concept of “ecological niche”, simultaneously compiling a periodic table of these niches (like the famous periodic table of chemical elements). As a result, researchers were able to prove that there is a new level of limiting the options for the evolutionary development of living organisms. But first things first.

For a long time, ecologists described ecological niches, as if they were peculiar to separate species (each has its own). But then the question arises, how many can there be? For example, chameleons are camouflaged for life on trees and food by insects, and their neighbors along the suborder of the toad-shaped lizards are the inhabitants of the deserts that live in the earth and absorb the ants, and so on. Eric Pianca has long suspected that there are some restrictions on the number of ecological niches, that is, in nature there can only exist a certain set of them.

To test its assumption, the ecologist together with his colleagues undertook an analysis of information on the life of the above-mentioned lizards, collected by them for half a century of field work on all continents.

In total, 134 species of these reptiles hit the field of view of scientists. For each of them, more than 50 features of niches belonging to five basic parameters – the type of habitat, the preferred diet, the process of the organism’s development, the metabolism and the method of protection from predators, have been thoroughly studied. After this, the researchers plunged into the abyss of mathematical calculations and three-dimensional models.

Again and again they detected genetically distant species of lizards with similar features that independently evolved to fill similar niches. Patterns were constantly reproduced, that is, Australian desert lizards solve their problems in the same way as their African and American rather distant relatives.

The authors of the study conclude that lizards can not occupy an unlimited number of niches, they are forced to lead a strictly defined way of life in order to remain lizards. That’s why there are no sea lizards (iguanas do not count, they have their own separate history) or lizards that behave like elephants. Scientists believe that it is this factor that keeps living beings within the same suborder as in the case studied, or at least makes a very significant contribution to it.

Now the work on the “table of niches” is in full swing. Scientists hope with its help to predict how many different types of animals can co-exist in a particular ecosystem. If, at the end of the work, empty spaces appear in the table, this will mean that some species have disappeared so recently that the new ones have not yet filled the vacant positions. The creation of this tool will be incredibly useful not only for the environment, but, for example, to monitor the impact of climate change on various animal communities, adds Pianka and colleagues.