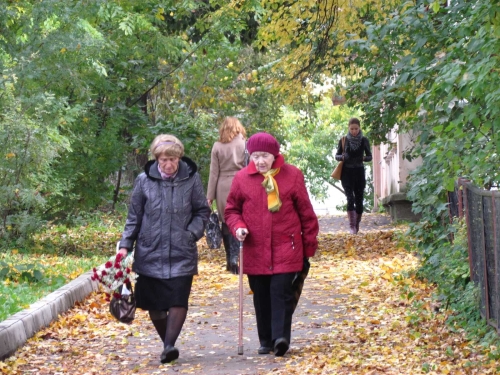 Low-calorie diet can improve the functioning of biological clocks in old age, preventing aging. So far, however, these conclusions are fully relevant only in the case of rodents.

Circadian, or diurnal, rhythm is a cyclic fluctuation in the intensity of various biological processes that are associated with the change of day and night. And although external stimuli in this case play an important role, circadian rhythms have an endogenous origin, being a biological clock of the organism.

Genes that determine the daily rhythms of the human body, the scientists identified as early as the 90s of the last century. The same is in the genome of animals and plants. They are responsible for many processes, for example, for the opening of flowers. The study of these genes often leads scientists to meaningful discoveries. Approaches to one of them were researchers from the University of California. Their findings can be found in the journal Cell.

When studying the genes responsible for circadian rhythms, biologists found that the latter cause many processes inside the brain cells and other body tissues. And these processes directly affect the duration of life.

Their findings were obtained on the basis of an experiment with 6- and 18-month old mice, in which samples of liver tissue were selected. Scientists have tracked which genes in these tissues showed the greatest activity at different times of the day. Experiments have shown that diurnal rhythms are responsible not only for sleep and wakefulness, but also for energy efficiency of the cell: energy expenditure decreases during sleep or in the absence of physical activity. This mechanism worked well in young mice, but almost completely disconnected from the old ones.

Specialists transferred old rodents to a low-calorie diet: the feed contained 30% fewer calories than usual. Due to this, liver cells of elderly mice began to save energy as effectively as in young years. In this way, scientists were able to increase the life of mice for several tens of weeks, and their activity increased substantially.

Researchers are slow to make far-reaching conclusions, but believe that similar processes can take place in other cells of living beings. Understanding the relationship between circadian rhythms, low-calorie diet and aging, experts believe, can help in the future to prolong human life.