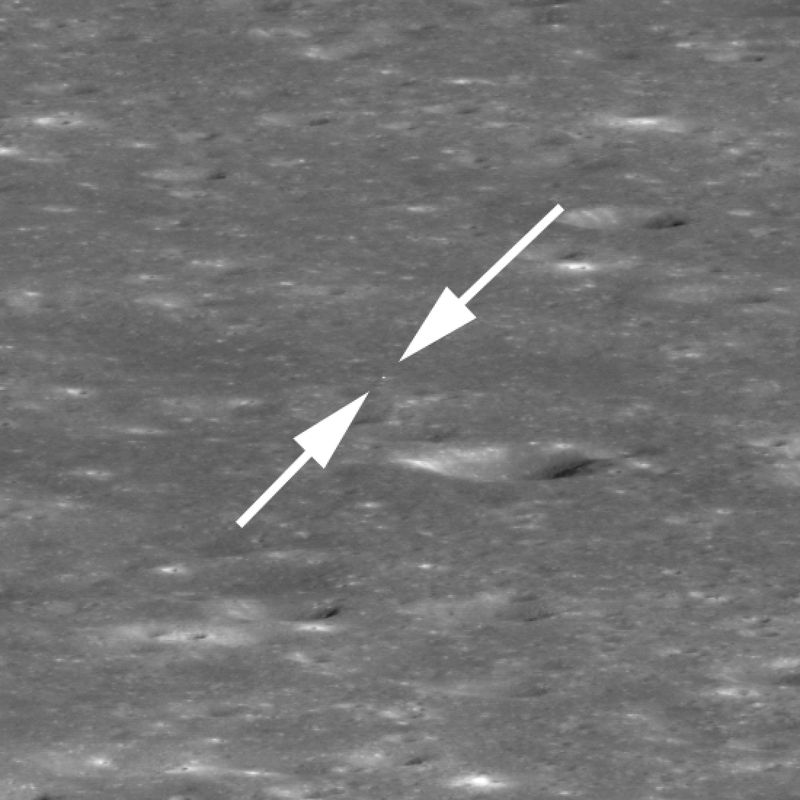 The Lunar Reconnaissance Orbiter, located in lunar orbit, filmed a Chinese landing station, Chang’e-4, on the far side of the moon.

The landing station “Chang’e-4” with the “Yuytu-2” rover in January of this year landed in the crater Pocket on the far side of the moon. It became the first ever device to make a soft landing on the back of a natural satellite of the Earth. It is connected to the Earth “Chang’e-4” by means of a satellite-relay “Quюqiao”. Recently, at the station, in a special container, cotton was grown, which became the first plant grown on the moon (the experiment has already been completed). The main objectives of the mission include the study of the satellite surface, the study of the ground, as well as the study of the possibility of future radio astronomy observations from the far side of the moon.

Recently, on January 30, the NASA Lunar Reconnaissance Orbiter, located in the lunar orbit, approached the crater Pocket and took a picture on which the Chang’e-4 station hit (at the time of the photograph, the distance between the orbiter and the station was about 330 kilometers; The picture of “Chang’e-4” looks like a tiny, barely distinguishable white dot (the moon rover cannot be distinguished at all)).

Today we wrote about another unique image – photographs of the Earth, obtained by the lunar orbiter Longjiang-2.