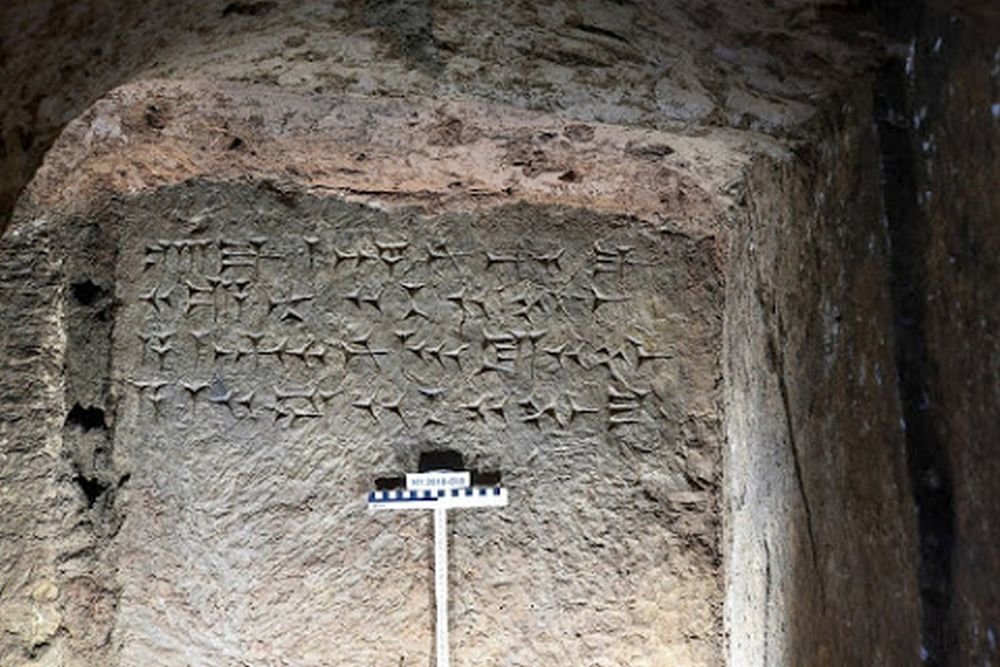 German archaeologists working in Iraq, when examining a mosque blown up by terrorists in the city of Mosul, discovered a well-preserved palace from the time of the Assyrian Empire.

According to the Archaeology News Network, the discovery was made by archaeologists from the University of Heidelberg (Germany). They recently gained access to the ruins of a mosque that terrorists blew up in 2014 in the city of Mosul in northern Iraq.

This mosque itself was a monument of history and culture. However, it turned out that it was built on the site of an even more ancient monumental structure. According to researchers, several thousand years ago the palace of the Assyrian Empire was located here.

So, archaeologists have already unearthed the monumental palace gates, whose height was several meters. They were equipped with a high stone threshold and decorated with the image of a winged bull.

The former rooms of the palace eventually turned into a system of underground tunnels. In them, researchers discovered rare archaeological treasures. So, they came across a throne room. Its length was about 55 meters.

Several bas-reliefs and inscriptions were also found. The transcript of one of them showed that the name of the Assyrian king Esarhaddon (680-669 BC) is mentioned in the text

It is known that about 3000 years ago, the city of Nimrud, which was the royal capital, was located in this area. Another legend is associated with the place where the palace was located.

As a matter of fact, because of it, the militants, who reject any form of veneration of the shrines, blew up the mosque. It is believed that it was built on a hill above the grave of the biblical prophet Jonah.

“The palace is partially well-preserved,” said Peter Miglus, professor of archeology at the University of Heidelberg. “The extremists caused great damage, but thanks to this we were able to get an idea of ​​the palace.”

Iraqi government forces regained control of this region only in 2017. Then tunnels were discovered. For their examination, the country’s authorities invited archaeologists from the University of Heidelberg.