Magic Bench by Disney: augmented reality for everyone 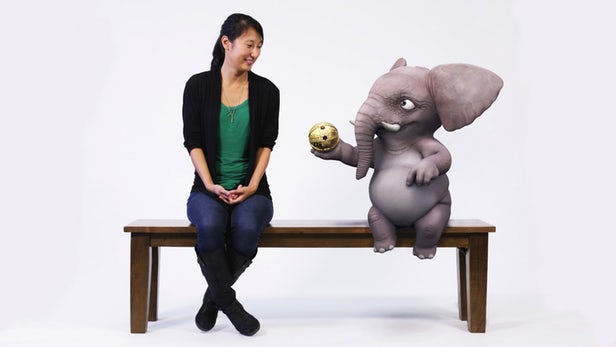 Before, to plunge into the world of augmented reality, it was necessary to wear special glasses. And that friends saw the same thing as you, they would have to use the same accessory. This is no longer needed, say the developers of Disney Research. And they represent a “magic” bench.

The project of the company includes a camera, a computer and a display. The first is equipped with a depth sensor and captures the image of the bench and objects on it. After the information is sent to the computer that complements the picture, for example, virtual characters, and the person sees himself and them on the screen.

As Moshe Mahler, the lead developer of the project, notes: “The platform conveys a multi-sensory experience with the presence effect, within which the group can interact with virtual characters.” In this case, the bench itself plays a decisive role in shaping the effect of presence: it can vibrate, which makes it feel as if it’s raining or if one of the virtual animals has sat down next to it.