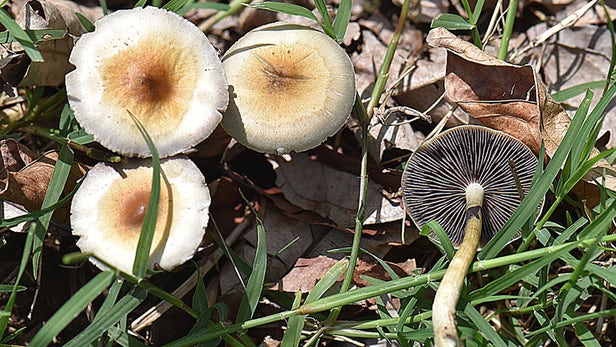 A recent study, which was conducted at the initiative of the Imperial College of London, indicates that a chemical complex found in hallucinogenic fungi could help “reset” the brain of depressed people.

Many people who are seriously depressed, really want to “become happy.” In fact, they just want their brains to return to a normal, neutral state. That’s just the so-called “magic mushrooms” could help them.

For the purpose of the experiment, scientists gave 20 subjects with a persistent depression two doses of psilocybin, which is a psychoactive component of “magic mushrooms”. First they received a dose of 10 mg, and then a week later received a dose of already 25 mg of this chemical. Nineteen of the people who participated in the experiment, made a scan of the brain just before using the first dose of psilocybin. They then repeated the MRI of the brain after the second higher dose of the substance.

As it turned out, psilocybin reduced blood flow in areas of the brain, such as the amygdala, which is involved in the treatment of emotional reactions, stress and fear. Another brain department, which was previously associated with depression, showed considerable stability.

After taking two different doses of the drug, the patients noted that they felt good, as if the brain had rebooted. In addition, this sense of “reset” persisted for another 5 weeks after the second dose. Based on this, the researchers concluded that the chemical substance of psychogenic fungi can be used in practice to treat depressed patients.