Magma in the volcano between eruptions freezes and forms a cork 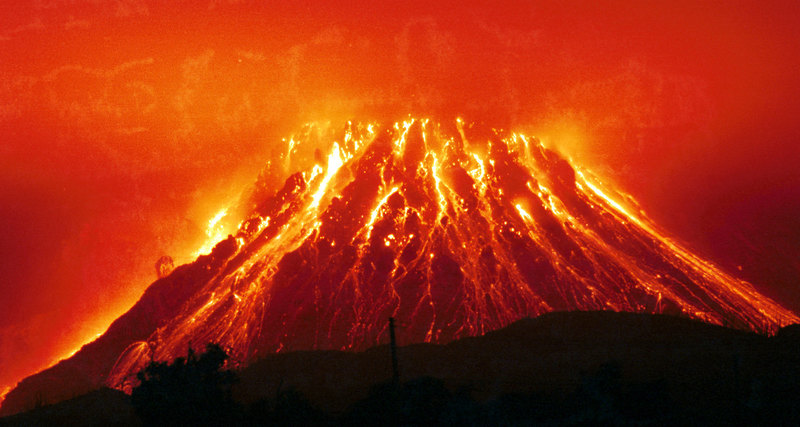 In the intervals between eruptions, magma can cool and solidify in the crater of the volcano and even deeper, where an underground lake of molten stone is usually depicted.

Nathan Andersen, a geologist at the University of Wisconsin, argues that the idea that the magma lake is always splashing in the depths of any volcano is incorrect-or not always true. In a number of cases, Andersen argues, the magma in the vent and below, under the layer of the earth’s crust, in the intervals between the periods of volcanic activity, cools to such an extent that it completely solidifies, forming a “plug” of solid rock. For a new eruption to occur, this cork should be affected by a huge force – much greater than that which can simply raise the liquid magma above the edge of the caldera or crater.

It is such an event, according to Andersen and his colleagues, occurred 765 thousand years ago in the territory of modern California. The eruption of the California super volcano led to the collapse of the caldera walls and the formation of a 32-kilometer new caldera – Long Valley. Nothing like the eruption of the human race was not seen: clouds of ash and pumice stood in the area from the ocean to Nebraska. Cataclysm destroyed all life within a radius of 50 km.

Analysis of the content of argon isotopes in magmatic rocks in California showed that the magma that had poured from the Long Valley caldera warmed up almost instantaneously, rather than gradually. Quickly – by geological measures: for tens or hundreds of years, but not for thousands and millions. Argon quickly evaporates from the hot rock, so if the heating took a very long time, it would almost be gone – but its was relatively large. Moreover, the isotopic analysis showed that, before the onset of sharp heating, the magma was solid and relatively cold, with a temperature not exceeding 400 ° C. For the eruption to begin, the rock must have been heated to at least 700-850 ° C. As a result of the eruption, about 650 cubic kilometers of liquid rock and ash poured out onto the surface of the Earth.

To help scientists predict the eruptions, these data can not. As Andersen himself notes, his discovery speaks only of how little we still know about volcanoes, especially what happens in their bowels in the years preceding the eruption.