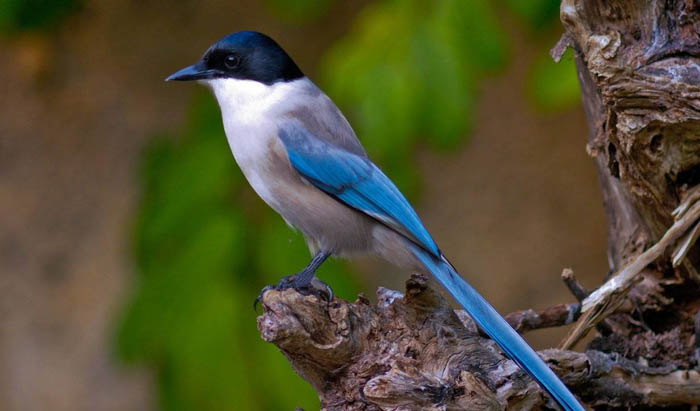 Prosocial behavior is a social behavior that benefits other individuals or the community as a whole. At its heart may lie the explanation of empathy, altruism or personal gain. Originally, the term was considered in relation to man, particularly to children. However, subsequent experiments showed that altruism occurs in animals. In particular, it is typical for whales-Humpbacks (Megaptera novaeangliae) and some primates — macaques (Macaca), Capuchin (Cebus), and others.

In early studies researchers found that prosocial behavior is probably due to cooperative breeding. This model involves shared care of offspring by the members of the group. Such system of education relevant, including fish, insects and birds, ravens (Corvus corax) and jackdaws (Сorvus monedula). However, it was found that for the ravens in the experimental conditions more typical “selfish” behavior, and jackdaws show “altruism” after their own needs.

In the new study, the researchers analyzed the behavior of blue forty (Cyanopica cyana). They placed the birds in the aviary of three individuals, two of which could hold a pole next to the tanks to feed. The third pole was on removal: down to her last individual automatically starts the mechanism that opened the relatives access to the reward. While she theoretically could get food only if he would leave the pole. The results showed that in all sessions of the third bird preferred to stay on the pole.

It is noted that a third individual refused to use a mechanism if it was completely blocked.

“Our results seem to confirm the hypothesis that cooperative breeding has contributed to prosocial behavior not only in humans but also in animals,” — said co-author Lisa horn (Lisa Horn). She added, however, that the study needs to be tested on birds, which cooperative breeding is not characteristic.