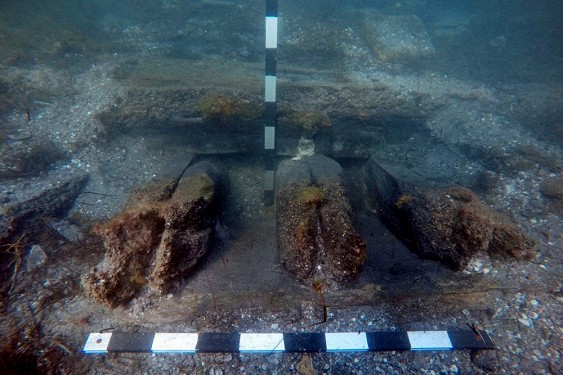 Plyushkin’s treasure, the mysterious Neanderthal designer, the place of an execution of the Salem witches, new names of murderers of Andrey Bogolyubsky especially are distinguished from the main archaeological achievements of the left year the most ancient dress from Egypt. And the complete list of opening is made by the popular scientific magazine Archeology, the most authoritative in this area.

The strange story at an ancient dress. In 1913 in Egypt found oddments of some fabric which lay more than 60 years in storage. And only in 1977 they were reached by hands of restorers. Then fabric was tried to be dated many times by means of a radio-carbon method, but the dispersion of datings was too broad. And here now it was succeeded to receive the acceptable results. Conclusion of researchers: the dress was made between 3482 up to 3102 BC. That is it is real the most ancient of remained.

In Pskov routine security excavation turned back unexpected good luck: in situ houses of the 19th century demolished in Soviet period found the numismatist’s treasure. In six tins, a silver ladle and a silver cup coins of the 15-20th centuries, and also awards and medals lay. It is supposed that the treasure was hidden during the revolution of 1917. Most likely, Fyodor Mikhaylovich Plyushkin’s successor possessed it, the merchant and the owner of one of the most larger private collections in Russia. The collector’s relative probably named one of Gogol characters. In the early nineties Bryunikel in the south of France found the strange design in a cave: several concentric rings put from whole and the segmented stalagmites. Nearby found the burned bone of a bear which a radio-carbon method was dated 47 thousand years ago. This year researchers defined an age of stalagmites with the help uranium – a thorium method. It was much more larger: 176 thousand years. At that time Neanderthal men were the single people who lived in Europe. Why for them such composite design, unclear was necessary.

The execution of 19 women from Salem became one of the most known episodes of witch-hunt. Trial of “sorcerers” took place in 1692-1693, about it the set of written certificates remained. Except the main issue – why everything so occurred – there are some more unresolved. One of them – where exactly executed “witches”. Researchers from local university, apparently, managed to answer this question by means of archival documents and the modern geophysical methods. Apparently, women were executed on a rocky exposure under the name a ledge of Proctor which was in the blind corner of the hills Gellouz earlier, but then it appeared in the city. In 1175 the prince Andrey Bogolyubsky was killed by twenty conspirators. From them researchers knew only three (Pyotr and Yakim Kuchkovichi, the Jockstrap). Now this list was added with new names. The inscription damning murderers was found in Transfiguration Cathedral in Pereslavl-Zalessky. Though the considerable proportion of the text is lost, except three known names, it is possible to read three more: Ivka, Petrko and Styryata. It is not excluded that the inscription represents the official message distributed on all cities and cut on walls of the main temples for edification of offsprings.

Among the most important opening of year the most ancient mention of London, of course, draws an attention. At new construction in the London City archeologists found a fragment of the wax plate of c the name of the city. It is dated about 65-85 AD, and the inscription represents a part of the “post” address: “Londinio Mogontio” that is translated as “Mogontiya [the Celtic name] to London”.

At coast of the Western Crimea found the place of the crash of the steamship “Vesta” which became famous during the Russian-Turkish war of 1877-1878. It was the merchant ship converted in the cruiser. At coast of Romania of Vest met a new Turkish battleship. The opponent considerably surpassed the Russian ship both in a class, and in equipment. More than five watch of Vest beat off it. As a result, having received the considerable injuries, it withdrew the Turkish corvette from action. In the 19th century to Vest compared “Mercury” to the well-known brig. The ship was imprinted by the best Russian marine painters – I. K. Ayvazovsky, R. G. Sudkovsky, A. P. Bogolyubov. But then almost for 120 years forgot about a feat of Vesta. Now there is a good occasion to remember: brought a set of finds to the surface, the research of the steamship will be continued.