Main climatic and power subjects of 2017 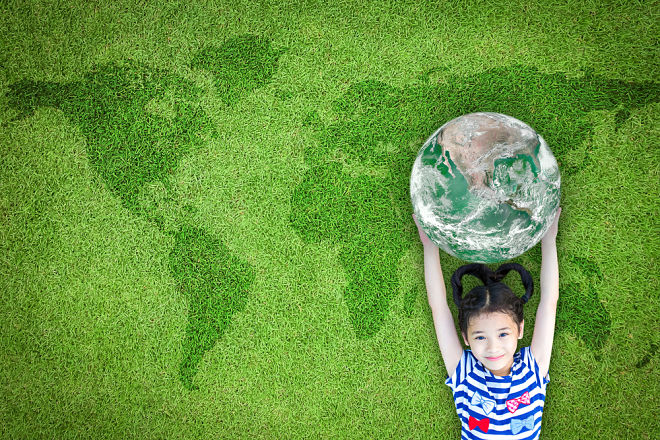 The world prepares for big climatic changes. Improbable technological progress and the same improbable ecological threats which we observed in 2016 will be the main subject and in 2017.

1. Destiny of the Parisian climatic agreement

On November 4 became in really historical afternoon — the Parisian agreement took legal effect. Several days later in the USA which takes the second place on volume basis of atmospheric emissions, elected the leader who skeptically falls into to climate change. Trump promised to ignore the Parisian agreement, and its room appointments showed that the administration of the USA will be hostile to climatic actions. The exception of the USA of fight against climate change will complicate a way to the agreement purpose — to restriction of global warming with 1,5 or 2 degrees Celsius. Trump’s unwillingness care for the future of the planet can become a notorious straw which breaks a back of a camel, having forced other countries to crawfish. And can be and is not present. At a climatic conference of the UN last month China, the most important source of emissions of a carbon dioxide in the world, repeatedly confirmed that it will take actions for fight against climate change, regardless, that Trump thinks of it.

2. Destiny of ecological heritage of Obama

For the last one and a half years the ex-president Obama actively was engaged in climate. The head of the USA entered the Plan for net energy which obliges the power stations to reduce emissions of a carbon dioxide by a third by 2030. Obama helped to develop new rules on reduction of emissions of a methane in oil and gas sector, effect of heating of the atmosphere of which in 80 times more short-term effect of CO2. He imposed the moratorium on advanced coal designs on the federal land and forbade coastal drilling on large sites in the Atlantic and Arctic oceans. Obama in every way promoted ratification of the Parisian climatic agreement. Now the destiny of ecological heritage of Obama is under a larger question as some most furious critics of its decisions were appointed to key positions of an office.

In the fall of 2016 the International power agency sounded some of very long-awaited news. In 2015 more than a half of new power stations worked at renewable energy worldwide. In the world 153 gigawatts of new wind and solar installations in 2015 appeared. The tendency will probably proceed with the increase predicted 42% by 2021.

4. (Temporary) respite from a strip of record heat

2016 will be third year in a row when global temperature records were updated, but heat strip on our planet will end next year — for a while, of course. The jump of temperature in 2016 was caused by one of the strongest El Niño. But came to the end with El Niño, and its climatic counterbalance La Nina is more narrow here. So, the huge area in the equatorial part of the Pacific Ocean which released surplus of heat into the atmosphere, now, opposite will involve a heat back.

5. It is more than consequences of the changing climate

At a conference of the American geophysical union National administration of oceanic and atmospheric researches published the fifth edition of the annual report “An explanation of extreme events from climatic prospect”. Scientists found proofs that anthropogenous climate change played a role in numerous extreme events in 2015, including 10 waves of heat, an intensive fire-dangerous season on Alaska, spring rains in China and a record winter sunshine in Great Britain. Researchers already defined several similar events and in 2016: for example, record August floods in Louisiana which seem the most bound to global warming. In the 2017th probably subcorollaries of climate change will be not less.

Wind, solar and nuclear energy will be important parts of our low-carbon power future, but there is more to come. In recent years rapid growth of new concepts of net energy — development of energy by means of waves, inflows, volcanoes is observed. It is impossible to forget also about a fusion power.

To soften consequences from carbon which already got to the atmosphere more and more new methods — from a carbon exhaustion directly from air and its burial deeply underground to some intriguing, but potentially very dangerous geoengineering schemes are created.