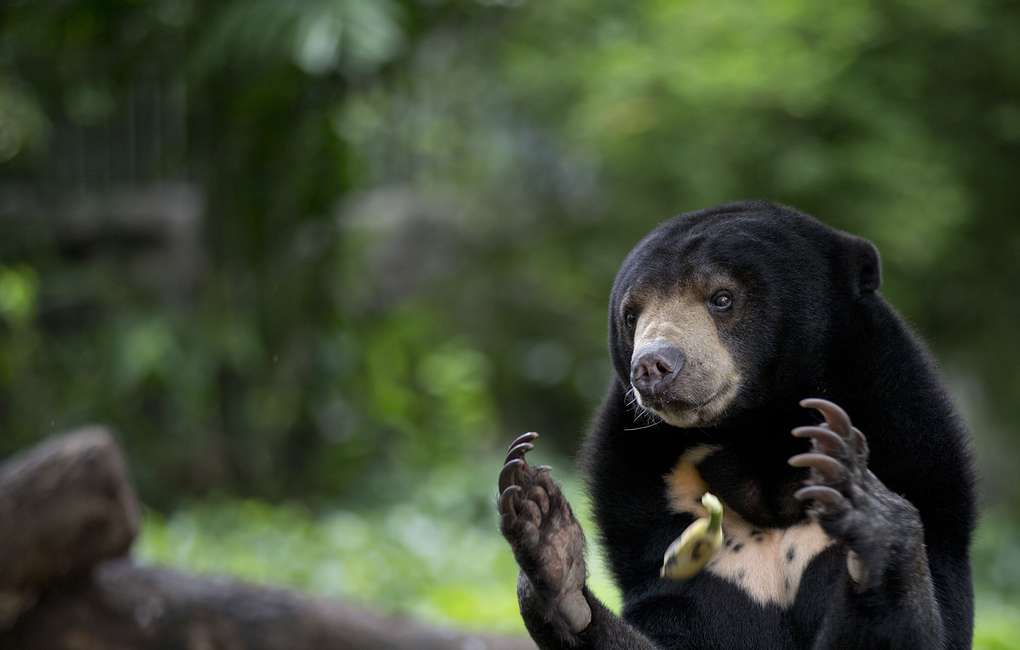 Malay bears can copy each other’s facial expressions. This conclusion was made by a group of British scientists after their research, the results of which were reported by The Daily Telegraph.

Previously it was believed that such skills are inherent only to humans and certain species of primates, including gorillas. However, experts from the University of Portsmouth (UK) argue that the Malay bears, or biuangs, can also recognize emotions on the faces of other members of the species and accurately reproduce their facial expressions.

For two years, biologists have observed the behavior of mammals living in one of the national parks of Malaysia. Experts saw that biruangs sometimes organized various games, sometimes resembling a fight, and sometimes they looked like hugs. Regardless of the nature of these contacts, the animals used special facial expressions, distinguished, in particular, by the fact that sometimes they exposed the upper teeth, and sometimes they did not.

Very often, during the manifestation of tender feelings, bears accurately reproduced the partner’s facial expressions, without baring the incisors. However, when the fights began, the biruangs opened their mouths and demonstrated their upper teeth, copying the opponent’s facial expressions.

“Exact imitation of another person’s facial expression is one of the foundations of interpersonal communication. Since Malay bears can reproduce each other’s mimics, do not have a special evolutionary connection with people and are not domesticated animals, we are sure that this more advanced form of mimicry is also present in other species “- said Professor Marina Davila-Ross of the University of Portsmouth.

At the same time, experts recalled that in natural conditions these animals tend to lead a recluse lifestyle and rarely communicate with their relatives. “Malay bears are not social animals. In the wild, they are relatively solitary, so the results of the study prove that the ability to communicate through complex facial expressions can be a common feature in mammals, allowing them to navigate in their communities,” concluded Davila-Ross.

The Malay bear (Helarctos malayanu) is considered the smallest and rarest member of the bear family. Its length does not exceed 1.5 m, and the mass ranges from 27 to 65 kg. The distribution area is tropical and subtropical forests of Southeast Asia. The species is on the verge of extinction and is listed in the international Red Book with the status of “are in a vulnerable position.” Despite the fact that international trade and hunting for Malay bears are prohibited, poachers continue to kill these animals for the sake of their internal organs, which are used in traditional Asian medicine.