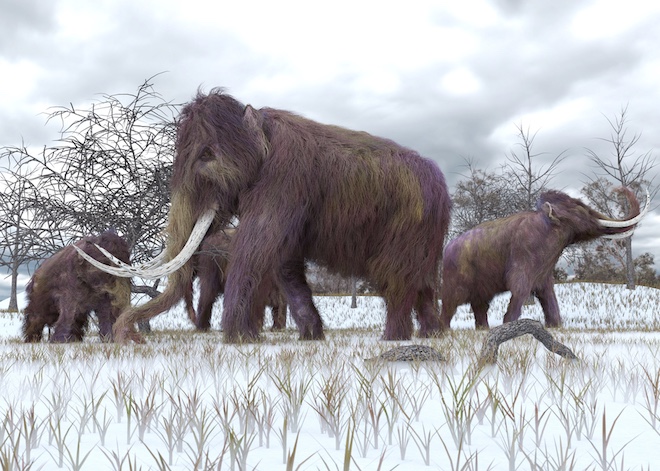 The perennial cryolithozone began to melt 11-15 thousand years ago. Because of this, at the end of the Pleistocene the humidity of the air increased significantly, and the pastures on which the herbivorous animals grazed turned into swamps and peat bogs.

Large populations of mammals, such as mammoths, had to be fragmented, as the food was no longer sufficient. Small groups of mammoths became easy prey for an ancient human being and even more difficult were the changes in landscape and hunger.

To understand what the Pleistocene ecosystem is, imagine a modern African savannah. Scientists believe that this type of landscape has survived until now due to monsoons, which transport moisture from the subequatorial region.

Similar territories of the late Pleistocene times were called the mammoth tundra-steppe. Now in the meadows with rare bushes and trees there is a tundra. Mammoth tundra-steppe was a rich source of food. On one square kilometer, one mammoth, five buffalo, six horses and ten deer could be fed in parallel.