Man as an energy source 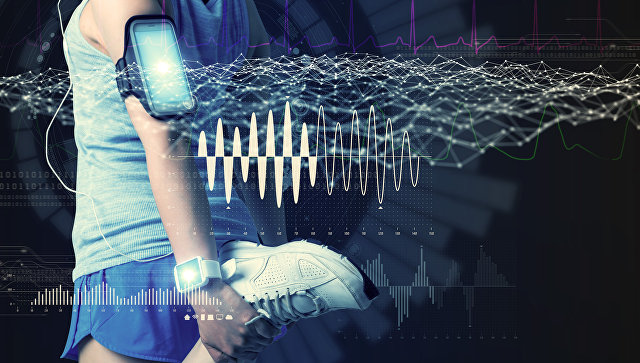 With the increase in the world population and the development of the economy, the level of electricity consumption is continuously growing. On average, every 15 years, the amount of energy consumed in the world is doubled. As demand increases, as well as concerns about the impact on the environment, the need for alternative renewable energy sources is becoming increasingly evident.

Perhaps the greatest interest as a possible alternative is the research of the human body as a generator of various types of energy.

The relevance of this approach is due to a number of factors.

First, environmental friendliness. Only thermal energy or kinetic energy of motion, produced by man in everyday conditions, is used.

Secondly, saving time and resources for storing and transferring energy for a useful application.

The first scientific study on the ability of living organisms to produce heat appeared in the VIII century. In 1791, the Italian scientist Luigi Galvani published the results of his 25-year work entitled “Treatises on the Power of Electricity in Muscle Motion.” The treatise confirmed that electricity is present in the living body, and nerves serve as a kind of “electrical wires”.

In the twentieth century, scientists managed to prove that the human body is a “living power station” that generates electricity as a result of continuous chemical reactions. And a separate science of electrophysiology has been developed.

Some kind of “energy capacity” of a person is also known. So, with one breath, one watt is produced, and a quiet step can feed a 60-watt light bulb and even a phone. During the rest, a person generates about 100 watts. And the greatest energy output is achieved with sports – up to 2000 watts, for example, with a sprint.

By now, various technologies have been developed for the accumulation of heat from the human body and charging devices from humans, which can conventionally be divided into energy collection devices of a whole group of people and gadgets for individual use.

In Europe and North America, energy-efficient houses are already in full use, where the heat generated by people and household appliances is spent on heating the building itself. This is done due to thermal insulation, lack of external ventilation in its construction and by installing a heat recovery apparatus for its transfer to the heat supply system. Thus tenants manage to achieve savings on heating up to 90%.

In France, a passive method of heating the building allows you to supply “living” heat to 17 apartments. To this end, the social housing agency Paris Habitat uses the heat of the bodies of the metro passengers passing under the building. Warm air is transported through pipes to heat exchangers, which heat the building itself.

A successful experiment was conducted in the main building of Stockholm Central Station, which is equipped with special heat exchangers. Devices collect the heat allocated by the visitors of the station, and transfer it to the heating of water to heat the neighboring 13-storey building with an area of ​​28 thousand square meters. By approximate estimates, the system allows you to save up to 25% of the energy spent on heating the building.

Another promising technology – the collection of energy flow of people. Japan’s East Japan Railway Company decided to use groups of visitors as a promising generator. Turnstiles with piezoelements placed at the station in the Tokyo Metro, where hundreds of thousands of people pass every day. Approaching the turnstile, visitors step on the piezoelements, mounted on the floor, and thus transfer energy from the pressure of their body.

In the Netherlands, door-generators are installed at the entrance to the Natuurcafe La Port shopping center. The push effect works here. One such device produces up to 4,600 kW / h per year.

The most animated streams of people are found on the main streets of major cities in the world, where pedestrians on average make 50 thousand steps a day. British engineer Lawrence Kemboll-Cook thought of how to use it with paving slabs. Specially designed tiles made from flexible material slightly bend when pressed. This manages to use the kinetic energy of a person, which is converted into electricity. It is directed to the lighting of streets, bus stops and shop windows. The innovative product has already been tested at the London Olympics in 2012, when in two weeks it was possible to get 20 million joules of energy.

Engineers working on methods of transforming the energy of people’s movement, obviously, could not pass by physical culture and sports. One of the first projects in this area were exercise bikes, which play the role of a transformer. They are equipped with an energy converter, which allows generating a current of 120 volts and supplying it directly to the power grid. For one cycle of training on such a simulator it is possible to get from 400 to 800 watts of energy. This will allow you to charge the espresso machine, a couple of televisions and laptops. The device even has a mobile application that counts the amount of energy produced.

There are also more technological inventions, for example soccer ball Socceket, transforming into electricity the kinetic energy of impact. At the moment of impact, the generated energy is transferred to a mechanism similar to a pendulum, which drives the generator. The generator, in turn, produces and stores electricity. The ball has a power output of six watts, enough to supply a table lamp with an LED or another small device.

The dream of almost all users of pocket gadgets – you walk down the street, and your smartphone is recharged without any additional batteries. Realize this idea in full so far failed, but scientists are gradually moving in this direction.

Korean scientists have developed a flexible generator measuring 10 by 10 centimeters, capable of recharging fitness bracelets. Energy is generated by the difference in temperature of the human body and the environment. The generator produces up to 40 milliwatts of energy.

A similar technology was presented by the Swiss manufacturer of “smart” watches Sequent. The clock works by swinging the hand when walking. And this is not a “self-lead” mechanism. Instead of a spring there is installed a generator that converts the vibrations of the load into electricity.

Researchers at Vanderbilt University have invented an element that makes it possible to produce electrical currents by any movement of a person. The device is small and can be placed directly on the clothes. Its novelty is that the energy of even the smallest motions is collected, that is, at frequencies up to 0.01 Hz, and it is generated continuously.

It is this technology that has the greatest prospects of growing to the point of recharging your smartphone. But, in addition to charging gadgets, scientists also see more extraordinary possibilities: for example, clothes with built-in strips and a special liquid that will allow you to change colors and patterns using a smartphone.

There are already universal developments. For example, a piezoelectric film that can be used to store energy when typing on a keyboard. Or when walking, if such a film is placed on clothes.