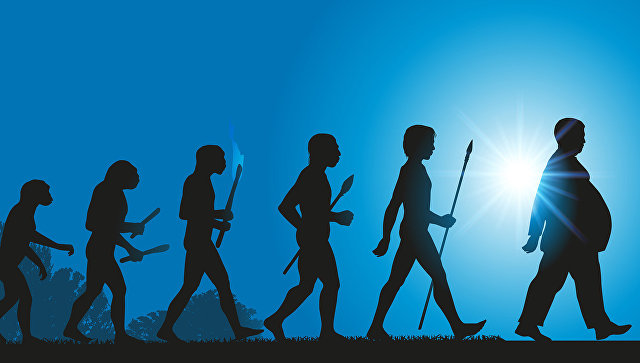 A large-scale genetic analysis of the DNA of UK and US residents shows that the biological evolution of mankind has not stopped and that the number of carriers of “harmful” versions of genes associated with diseases continues to fall gradually under the influence of natural selection, according to an article published in the journal PLOS Biology.

“Traces of this were extremely difficult to find, but we found hints that natural selection continues to work among modern populations of people,” said Joseph Pickrell, a geneticist at Columbia University in New York, USA.

Today, biologists and evolutionists are actively debating whether human evolution has ceased after our ancestors invented tools and went on to live in larger societies like themselves. Some scientists believe that biological evolution has slowed or even stopped, as the survival of individuals and their probability of continuing their genus began to depend not on the quality of genes, but on ingenuity, wealth and social status.

Other evolutionists have questioned this, and over the past two decades, several experiments and studies have been carried out, in which biologists have tested how the genome of mankind as a whole has changed for several hundred or thousands of years. These observations often led to contradictory results, which did not add confidence that evolution was continuing.

Pikrell and his colleagues have found new evidence that the “Darwinian” selection still continues to work among mankind, analyzing the genomes of over 160,000 residents of the United Kingdom and the United States, who recently took part in various genetic studies.

Analyzing their DNA, scientists relied on a simple evolutionary pattern – the longer an individual lives and the better its health, the more it can leave offspring. Accordingly, the more her descendants, the more likely that they will transfer their genes to their children and her line will continue to exist, and the bearers of the “bad” versions of the genes will die out.

Guided by this idea, scientists compared sets of mutations in the DNA of people from families of long-livers and Britons and Americans with a relatively short or normal life expectancy, and tried to understand how often “harmful” mutations in their genes occur. If these mutations are less in the DNA of long-livers, then this will mean that natural selection continues to work, and the absence of differences in their number will speak otherwise.

Geneticists managed to find dozens of genes for which such differences were characteristic. This was most noticeable for two DNA segments, the APOE gene, a mutation that significantly increases the likelihood of developing Alzheimer’s disease, and the CHRNA3 gene, which is associated with a predisposition to active smoking in men.

“Bad” versions of these genes, as scientists say, were much less common among Americans and Britons who could live to the age of 70 or whose parents or ancestors were considered long-livers. Similarly, many other genes have been associated with overweight, asthma, atherosclerosis and a number of other health problems, as well as the early onset of sexual activity.

In the future, geneticists plan to analyze even larger DNA banks, which will help them find other genes that evolution continues to influence, and understand which way humanity is going today and what is “conducting” its development.