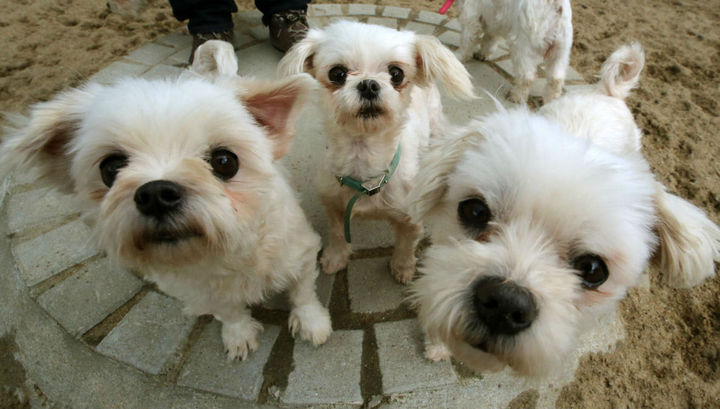 The ancestors of modern dogs have been domesticated not once but twice, and in two different parts of the world. That is the conclusion of recent research that affects not only the history of dogs but of people.

But back to the history of the issue. Scientists for years have tried to answer the question: where did the dog? Some argue that they were domesticated in Europe, others came to the conclusion that the ancestors of dogs were domesticated in Asia. But, according to the research, published in the journal Science, both views are correct.

Lead author of the new work Laurent Frantz (Frantz Laurent of the University of Oxford says that “two groups of researchers came to the same conclusion that wolves could be domesticated”. As a result of this “all modern dogs are directly related to two or more populations of wolves.”

The focus of the study was 4800-year-old bone to the inner ear of a dog that once lived in Newgrange (Ireland). Scientists were able to sequence (decode) the genome of dogs with this bone.

“We found that this bone is the best guardian of ancient DNA. This kind of “time capsule”. And, of course, this finding is best preserved compared with other ever discovered the bones,” says co-author Daniel Bradley (Daniel Bradley) from Trinity College Dublin.

In the course of their work, the researchers isolated the mitochondrial DNA type of DNA that is inherited through the maternal line — from 59 of the remains of ancient dogs that lived 14000-3000 years ago. They then compared all the obtained data with genetic “signatures” of more than 2,500 studied earlier modern dogs.

Their analysis allowed us to detect a genetic “split” between the modern populations of dogs living today in Europe and East Asia. A review of the archaeological data has shown that early dogs appeared in the East and in the West more than 12,000 years ago, but in Central Asia no earlier than 8000 years ago.

“Dogs were domesticated by hunter-gatherers before the advent of agriculture,” says Franz. – These animals, most likely, helped the man to help me hunt or the same protection from enemies”.

New genetic evidence also shows that at certain times there was a “coup” population in Europe, where small existing population of dogs was replaced by another group of dogs.

Experts believe that this happened at a time when a large group of people migrated from Asia to Europe, bringing with them their Pets. Probably because of this influx of animals most dogs today are a mixture of Eastern and Western four-legged. This helps to explain the confusion as to where exactly he got this man’s best friend.

Experts still can not rule out the possibility that Neanderthals or some other ancient people were the first who domesticated the dog. The fact that researchers have previously found remains that possibly belonged to the dogs (and they date back to the time of life of the Neanderthals).

Franz says that he and his team are currently studying the remains of early dogs and wolves using various modern methods, for example, 3D scanning. Thus they hope to better analyze samples.

“This will allow us to compare the remains of the wolves that time and samples that may belong to dogs, and then to estimate a more accurate time of domestication,” he explains.

In his article, the scientists also wonder what could happen with two or more populations of wolves, from which dogs first. According to them, it is likely that they eventually disappeared. The researchers don’t think these wolves were some kind of separate species from a biological point of view, but still they had genetic differences because they developed in different regions of the world.

Today’s dogs are very diverse: one has only to recall tiny Chihuahuas and large Labradors. But still, although it’s hard to imagine they are all connected with two or more founding populations of wolves, scientists say.

Given the fact that the domestication of man’s best friend happened twice, it can be assumed that the dog seemed very attractive and essential to ancient people. And, most likely, the domestication was not so difficult as it may seem to us, concludes geneticist Peter Savolainen (Savolainen Peter) from the Royal Institute of technology Sweden.