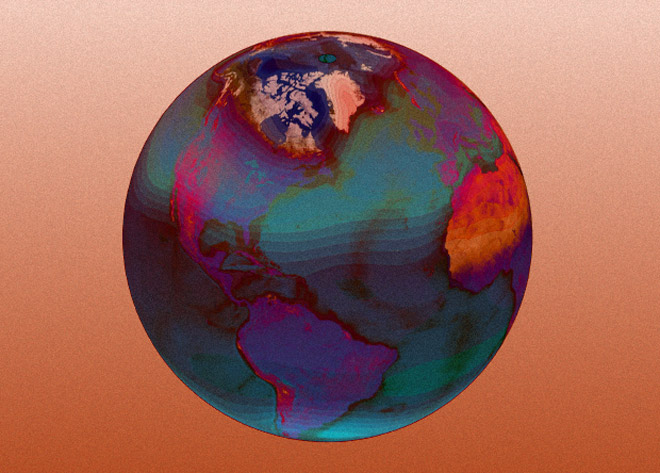 Scientists from the Livermore National Laboratory. E. Lawrence (LLNL) and five other organizations conducted a study showing that the human impact on the environment significantly affects the size of the seasonal temperature cycle in the lower atmosphere.

To demonstrate this, they used the so-called “fingerprint” method, or traces of human impact. This method is aimed at separating the human impact on the climate from natural. It relies on climate change patterns that are averaged over many years or decades. In the new study, the team studied seasonal patterns and found that human-induced warming had a significant effect on the seasonal temperature cycle.

Researchers focused on the troposphere, which extends to a height of 16 kilometers in the tropics and 13 kilometers in the vicinity of the poles. They analyzed the time-varying changes in the size of the seasonal tropospheric temperature cycle in different locations on the Earth’s surface. This pattern gives information about the temperature contrasts between the warmest and coldest months of the year.

Far from the softening effect of the oceans, the mid-latitude regions of the continents of the Northern Hemisphere have a large seasonal cycle of atmospheric temperature with cold winters and hot summers. Satellite temperature data is consistent with models that show that this seasonal “heartbeat” is becoming stronger with the growth of anthropogenic carbon dioxide emissions.

Observations and models also show small changes in the tropical seasonal temperature cycle and a decrease in the seasonal cycle in the Antarctic region. “Our results provide powerful new evidence of the significant human impact on the Earth’s climate,” said climatologist and lead author of the study Benjamin Santer.