Man on planet Earth for the last 50 years 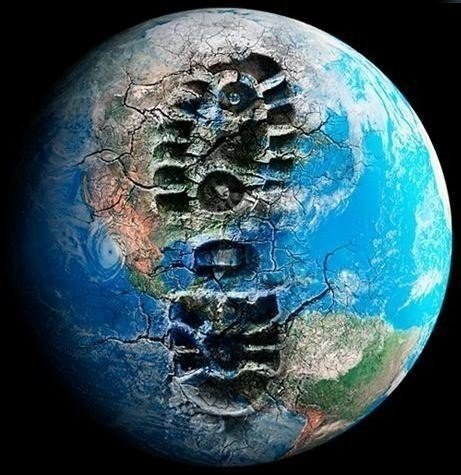 Humanity over the past 50 years has destroyed 90% of the world’s large reserves of large fish. 22 percent of the known fishing areas of the ocean were completely depleted or overburdened with excessively diligent exploitation, and another 44 percent were on the verge of exhaustion.

Catching edible fish species, we annually throw out of the nets 27 million tons of other livestock back into the sea – as a rule, already in a non-viable state.

The seabed in many parts of the ocean is so plowed with trawls that nothing can live on it.

Over the past 50 years, people have destroyed 70% of the world’s forests

About 30% of the remaining forests on Earth are fragmented and degraded, and felling in them goes at a speed of 50 square miles per year.

Every year the chemical industry produces more than one hundred million tons of 70,000 different organic compounds, and annually about a thousand new substances are added to the assortment. Only a small fraction of these chemicals have been thoroughly tested for harmlessness to humans and the environment

Over the past 50 years, a man killed a quarter of all bird species, 11 percent of the rest – on the verge of extinction. Extinction, in addition, threatens 18 percent of all mammal species, 5 percent of fish and 8 percent of plant species.

Coral reefs, the most diverse of water systems on Earth, suffer from the depletion of fish stocks, pollution, epidemic diseases and rising temperatures.

In total, 30% of all known resources of the planet are consumed, meanwhile the world population is growing steadily …