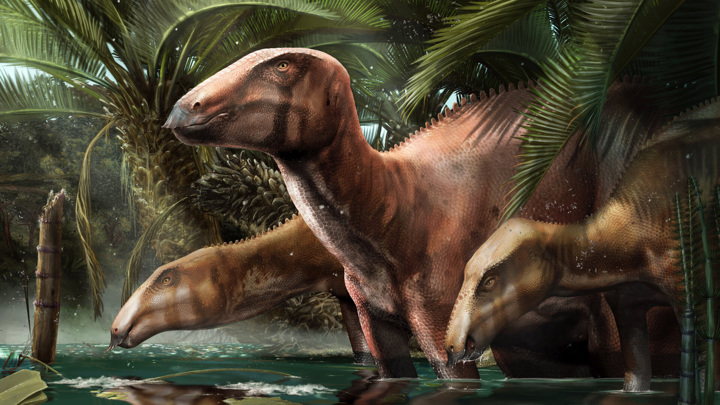 When we hear the word “Italy”, the masterpieces of art and the rich archaeological heritage of the region come to mind. Needless to say, this beautiful country is famous for many historical artifacts. However, dinosaurs have never been on this list.

Unsurprisingly, the discovery of the first dinosaur skeletons in Italy in the early 1990s created a stir. However, this find was then considered nothing more than an exception to the general rule.

And the point is this. In the era of the dinosaurs that reigned on Earth 230-66 million years ago, the ancient Mediterranean region would have been difficult to map. Then the Mediterranean consisted of countless small islands located far from all the main continents – Europe, Africa and Asia. They were unsuitable for large animals such as dinosaurs. At least it was previously thought so.

Today, a new study describes many of the surprisingly complete dinosaur skeletons that paleontologists have unearthed during excavations at Villagio del Pescatore (“Fishermen’s Village”). This place is located near Trieste in the northeastern part of Italy.

These perfectly preserved skeletons belong to the Tethyshadros insularis species. These fossils include the largest and most complete dinosaur skeletons ever found in this country.

In their work, published in Scientific Reports, the research team describes some of the most beautiful and well-preserved dinosaur skeletons (in particular, a new specimen “nicknamed” Bruno). Scientists believe that in front of them are at least seven, and at most eleven individuals.

In addition to dinosaurs, paleontologists have found fossils of fish, crocodiles, flying reptiles and even small crustaceans in Villagio del Pescator. This rich collection of new fossils is helping to create a vivid picture of an ancient ecosystem unparalleled in the world.

The article also revises many evolutionary hypotheses that explain the fossil record of the ancient Mediterranean.

Initially, geologists perceived the area in which Villagio del Pescatere is today located as part of an island located in the center of the ancient Tethys Ocean.

This led to the incorrect conclusion that the relatively small skeleton of a dinosaur “nicknamed” Antonio, found in these places, belonged to a representative of a dwarf species. This specimen was considered an example of the so-called “island effect”: scientists believe that over the course of evolution, large animals gradually decrease in size due to the lack of resources on the islands.

In a new study, scientists report that Antonio was a “teenager” while Bruno, who was larger than him, is an adult. She could still grow, but death interrupted this process.

New geological data collected by the research team have also made it possible to determine the age of this place and its fossils: approximately 80 million years (Cretaceous period).

This is about 10 million years longer than previously thought. Quite an impressive age, even when it comes to dinosaurs.

In those days, the territory of modern northeastern Italy bordered on a huge ocean, but was connected by land with Western Europe and Asia.

This means that in addition to the small islands that were characteristic of the ancient Mediterranean, the region had land bridges over which large land animals such as dinosaurs could migrate.

We add that this new study indicates that the fossil record of “Italian” dinosaurs provides a better understanding of these ancient animals.

The unique fossils collected at Villagio del Pescator can now be seen in the Municipal Museum of Natural History of Trieste.