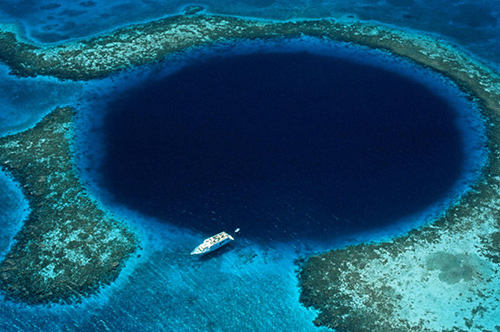 The degree of pollution of the world’s oceans with plastic waste is much higher than is commonly believed. Researchers from China found a large concentration of plastic microparticles in the deepest part of the ocean – the Mariana Trench (more than 11 thousand meters).

The study was conducted by scientists of the Institute of Deepwater Science and Technology (Hainan). His results were published in the journal Geochemical Perspectives, according to the resource Clean Technica.

In particular, it was found that the concentration of plastic increases with increasing depth. At the bottom of the Mariana Trench, scientists recorded a maximum of 2.2 thousand particles per liter of bottom sediment and 13 particles per liter of water. In this case, the marine fauna ate plastic, which was then deposited in the tissues.

Most of the microparticles were fibers a few millimeters long. These are most likely remnants of clothes, bottles, packaging and fishing gear. In the bottom sediments, polyester was the most common, and water samples were dominated by polyethylene terephthalate, used to make bottles and clothes.

“Plastic debris pollutes the most remote and deepest places in the world’s oceans,” say researchers from The Guardian. “And the Mariana Trench is probably one of the largest plastics microparticles on the Earth. And this impact on such a fragile ecosystem is potentially damaging.”

It should be noted that, at least in one region of the world, the problem of plastic waste is quite acute. Recently, the European Parliament approved a bill that introduces restrictions on the use of disposable plastic products, such as plates, straws, cutlery and the like, from 2021, as they account for more than 70% of the garbage floating in the world’s oceans.

The deputies also added to the list of banned products more dense texture: plastic bags and containers of expanded polystyrene, used, for example, for instant noodles. In addition, disposable sandwich boxes and containers for fruits, vegetables, ice cream and desserts fall under the action of the new bill.

The law requires EU member states to reduce the use of all these products by at least 25% by 2025. This volume of plastic products must be replaced with refillable or recycled plastic products.

The bill mentioned and plastic bottles for drinks. They should be collected separately from the rest of the garbage, and by 2025 the processing of these tanks will have to increase to 90% of the total mass. Tobacco products are also stipulated in the law – cigarette filters. By 2025, their use should be reduced by 50%, and by 2030 – by 80%.

Do not think that the European Parliament is engaged in trifles: in fact, one used cigarette filter can pollute from 500 to 1000 liters of water, and thrown out of a car window on the road, it can lie there until it disintegrates, 12 years.

The law also regulates the use of fishing gear, which accounts for about 27% of the waste found on European beaches. The EU countries should ensure by 2025 the processing of 15% of these tools and the disposal of another 50%. Moreover, the cost of this, as well as the disposal of cigarette butts, will have to pay the manufacturing companies.