Marine molluscs are the record holders for microplastic content 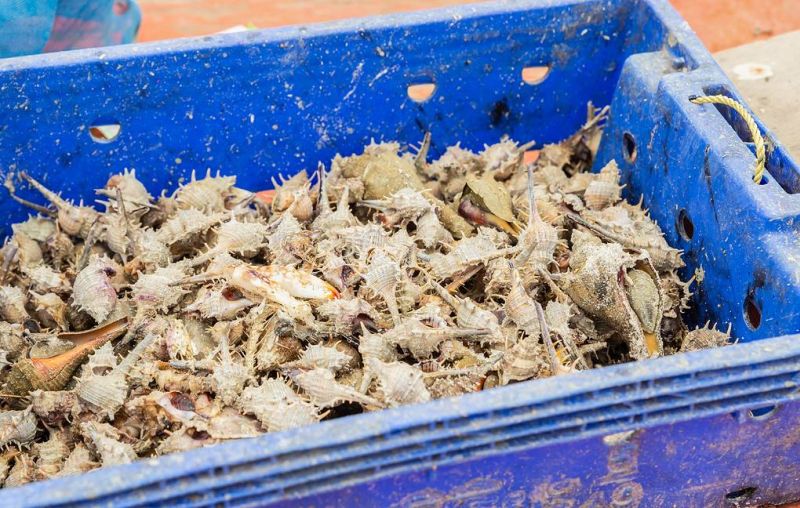 A comparison of more than 50 studies has shown that in terms of the content of microplastic particles in the body, marine mollusks have bypassed other inhabitants of the ocean. An article with the research results was published by the scientific journal Environmental Health Perspectives.

Each year, approximately 300 million tons of plastic waste ends up in wastewater and landfills around the world. Most of it can not be decomposed by soil microbes, so this garbage remains almost intact for tens and even hundreds of years. When it enters the oceans, it collapses into huge clusters, like the so-called Great Pacific Garbage Patch.

Such particles do not stay in water for a long time: most likely, they are eaten by sea inhabitants. As a result, microplastics can enter the human body along with fish meat and other seafood.

In a new study, Evangelos Danopoulos, an ecologist at the University of York, UK, and his colleagues evaluated how many microplastics particles enter the human body along with seafood. To do this, they used the results of more than 50 studies that have been published over the past six years.

Scientists compared how much microplastics can be in the body of different marine animals, made a map of pollution in different areas of the oceans and determined in which organs these particles accumulate.

It turned out that most of all microplastics accumulate in mollusks. For each gram of their mass, there are up to 9-10 plastic particles. For comparison, the maximum concentration of plastic in the body of crustaceans reached 8 particles per gram, and in fish – 3 particles per gram.

Scientists have recorded especially a lot of microplastics off the coast of Asia. According to the study, citizens of China, Japan, USA, Australia and Canada suffer the most from the effects of seafood consumption.

Danopoulos and his colleagues hope that the data they have collected will help their colleagues to study in detail all the consequences of microplastics entering the human body, as well as to figure out how to minimize the likelihood of its entering food.