“Martian” crater in the Sahara desert 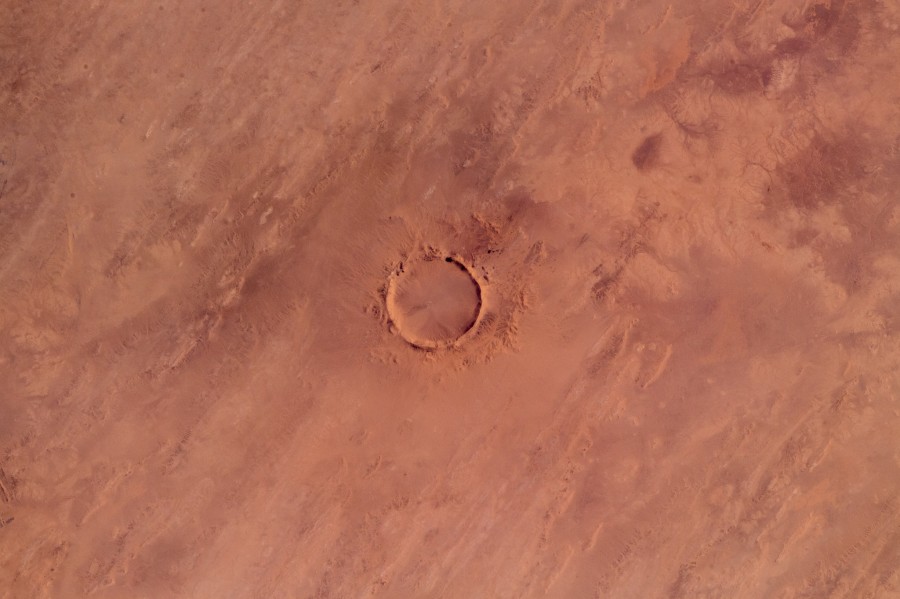 If you look at the photos presented, it may seem that one of the countless Martian craters is imprinted on them. But in reality this is not Mars at all, but our Earth. The pictures were taken from the ISS by astronaut Alexander Gerst. He photographed the crater Tenumer, located on the territory of Mauritania in the Sahara desert.

Crater Tenumer is an almost perfect circle with a diameter of 1.9 km. Its shaft rises 100 m above the surrounding surface. The bottom is covered with a layer of sedimentary thickness 200 – 300 m. According to geologists, the crater formed about 20 thousand years ago at the height of the last ice age. We do not know whether the ancient people observed the impact of the cosmic body, and if so, could references to this event reach us in the form of some myths and legends. 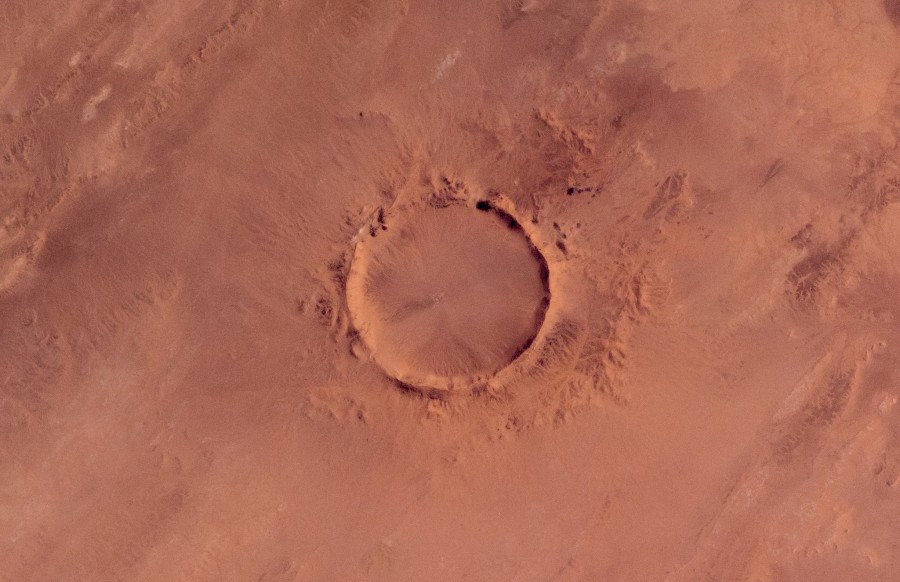 Photographs of Tenumera once again remind that the Earth is no different from other planets and satellites of the Solar system. From time to time asteroids and comets fall on it in the same way. Simply, due to the presence of the atmosphere, water and tectonic activity, the traces of such collisions quickly disappear from the earth’s surface. But this does not mean that such events will never happen again. In this regard, in the comments to the photos, Alexander Gerst asked the following question: is mankind ready to prevent the space threat?