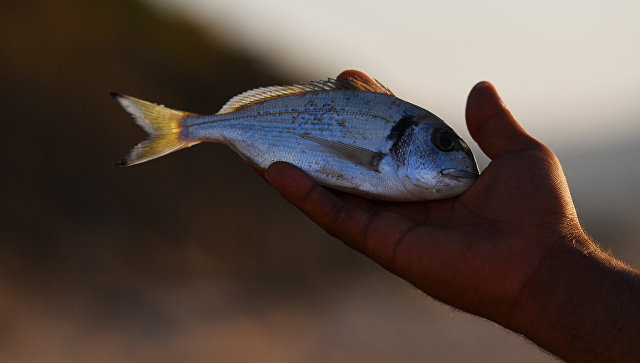 The hot weather of recent weeks in Germany has led, among other things, to a sharp reduction in oxygen levels in rivers and lakes, dangerous fish. Some regions declared mass death of fish, experts said that the critical mark has not yet been passed, and did not rule out further death of the livestock.

In particular, in Hamburg at the beginning of the week they announced the harvest of five tons of dead fish in the surrounding water bodies, including the rivers Alster and Elbe. In Lower Saxony, they reported the death of fish in the amount of several centners in the area of ​​the dam Leisil. The water temperature in the Rhine exceeded the mark of 25 degrees, while the negative for the health of the fish is a level of 26 degrees. In water with standing water in the land of Brandenburg, the water warmed to 30 degrees.

“The last two days we did not catch dead fish, the number of corresponding calls from citizens also decreased, the total quantity of fish that we removed from the reservoirs from last Saturday’s week was 7.5 tons, all kinds of fish, including large fish species of white fish that have mechanisms for adapting to a reduced level of oxygen in fresh water.But because of the intense heat, the concentration of oxygen is so small that these species die, “said the representative of the environmental department of Hamburg, Bjorn Marzan, to RIA Novosti.

He added that the signals about the presence of dead fish could stop for two reasons: perhaps this fish is still lying on the bottom of the reservoirs, or it is alive and is trying to go into deeper water, in particular to the main catchment of Alster through specially erected earlier for these purposes “fish channels”.

Although the level of oxygen in the main catchment area remains low, about 80% of the norm – the so-called dead zone begins at a level of 20%, and the fish that reached these waters have a chance to survive. Martsan added that the water temperature in Alster was on Friday 27.5 degrees – the maximum in the last decade.

“As for the Elbe, we are more optimistic: the level of oxygen in the water at the confluence of the port locks is now about 70%, but we are counting on an aggravation of the situation.” This is an emergency situation that we have not encountered before, “the official added.

In Berlin, until stable

“In Berlin, the situation is currently not too tense, the condition of the main part of the reservoirs remains stable despite high temperatures.In some canals, for example, in the Spandau and Neukölln shipping channel, we launched a vessel with an aeration system that runs from 22.00 pm (23.00 Moscow time) to 6 am (7.00 MSK) and additionally saturates the water with oxygen, “- said RIA Novosti, an employee of the Department of the Environment of Berlin, a well-known expert in the field of ecology Derk Elert.

He explained that the loss of fish is usually associated with heavy rainfall in the summer months, which lead to overflow of storm sewage, from where organic substances enter water bodies. As a result, bacteria that destroy oxygen are beginning to develop in the water. According to Elert, in recent years such a situation has been repeated in Berlin a couple of times, each time up to eight tons of fish perished. However, in recent weeks, losses have not been recorded.

“The more comfortable situation in Berlin’s water bodies is connected with the weather regime, we did not have much rainfall lately, and the depth of the pond is also important.” In the Rhine and the Elbe there is now a lowered level of water, in some areas navigation is stopped. the water heats up rapidly and also quickly loses the oxygen needed to sustain the fish.The level of water in Berlin is almost at its level, in addition, active navigation additionally saturates the water with oxygen, “- said expert.

“But this can change at any time.” If in Berlin there are now heavy rainfall, it is expected that in three or four days we will have a situation, as in other affected points, “he added.