Master of black holes. As Stephen Hawking has lived 75 years 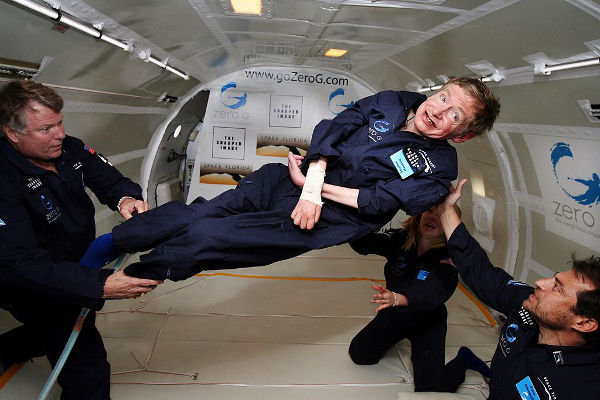 On Sunday, January 8, to the British physicist-theorist Stephen Hawking 75 years were performed. The scientist who carried out the most part of life in a wheelchair is widely known as the popular writer of science. He pays attention and to such urgent problems of mankind as global warming, state of environment. Today we will remember the main scientific achievements of the hero of the anniversary.

The beginning of the career of Stephen Hawking fell on the 1960th years. Then the third of classical experiments confirming justice of the general theory of relativity of Albert Einstein was carried out. Robert Paund and Glen Rebki’s experience performed at Harvard University showed so-called gravitational red shift — change of frequency of light in case of its passing near a massive object, for example, of a star. It served as one more confirmation of the principle of equivalence — a fundamental postulate of the general theory of relativity.

When finally it became clear that Einstein’s theory is right, it is time for studying of its most exotic investigations: expansions of the Universe and a possibility of existence of black holes — objects which can’t leave the bodies which got to them or radiation.

The Russian physicist Alexander Friedman in the 1920th years removed the equations called in his honor describing evolution of the uniform and isotropic Universe. Irrespective of it the concept of the flared world was offered by Belgian Georges Lemetr (the British astronomer Fred Hoil called his model in 1949, however, only for fun, the theory of the Big Bang). In the late thirties the American physicists Robert Oppengeymer and Hartland Snider for the first time described a gravitational collapse — the phenomenon as a result of which of stars black holes are formed.

Big Bang — actually the birth of the observed world — and black holes are connected with so-called gravitational singularities — feature of space time where the equations of the general theory of relativity lead to decisions, incorrect from the physical point of view. The first scientific works of Hawking are devoted to singularities. In the thesis published in 1965, Hawking applied the theorems formulated by his colleague, the British mathematician Roger Penrose to all Universe. 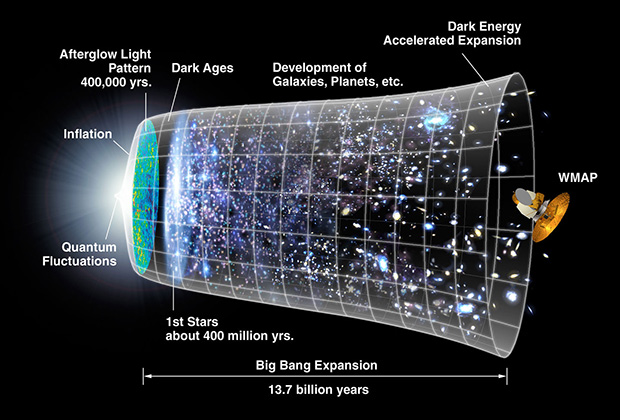 Evolution of the Universe after the Big Bang

Penrose has explained the first emergence of a black hole with gravitational singularity. According to Penrose, the star turns into a black hole thanks to the gravitational collapse which is followed by the birth of a lovushechny surface. Penrose’s theorem is considered the first strict result of the theory of Einstein large mathematically, and Hawking’s contribution was in what he has shown: The Universe at the moment and to the Big Bang was in a condition of infinite density of weight.

In 1972 Lebed X-1 which is at distance more than six thousand light years from Earth — a strong source of x-ray radiation and the first candidate for black holes has been open. Today it is considered that an object represents double system from a black hole and the blue supergiant rotating around her. Matter of a star is attracted by a black hole, as leads to observed strong radiation. Half a century back existence of such objects raised doubts, however physicists almost didn’t doubt their reality. However, Hawking who for the life has lost several disputes believed that just Lebed X-1 isn’t a black hole.

In the early seventies Hawking with Brandon Carter and David Robinson have partially proved the hypothesis of the American physicist John Wheeler known as the theorem of lack of “hair” at black holes today. According to the theorem, the isolated not loaded black holes described in Shvartsshild’s space time are characterized only by two parameters: weight and angular momentum. “Hair” in this case — all other parameters. 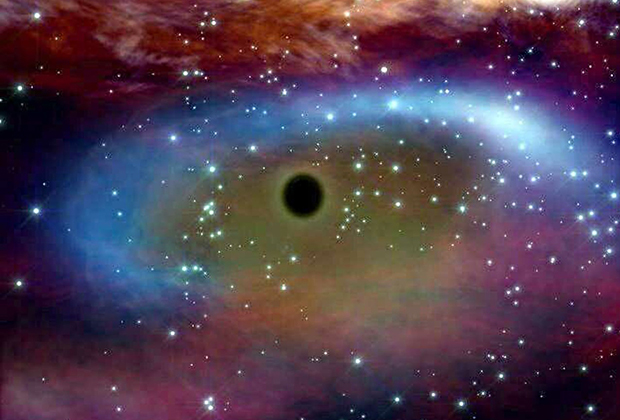 “This theory (Einstein — a comment of “Ленты.ру”) conducts to two following predictions for the Universe. First, a final stage of evolution of a massive star is the collapse for the horizon of events, at the same time the black hole in which there is a singularity is formed. Secondly, in our past there is a singularity which somewhat is the beginning of the observed Universe” — Hawking and his coauthor, John Ellis, in the well-known monograph “Large-scale Structure of Space Time” wrote in 1973.

In the 1960th black holes tried to describe not only by means of the general theory of relativity, but also methods of quantum mechanics. As a result it has become clear that to quantize the classical theory of gravitation in the same way as, for example, classical electrodynamics or mechanics, it won’t turn out. Hawking has gone some other way and has applied thermodynamics to black holes. “The thermodynamics is the only physical theory of the general contents concerning which I am convinced that within applicability of her basic concepts it will never be disproved” — Einstein wrote.

Entropy in quantum statistical mechanics is a logarithm of number of microstates by means of which this macrostate can be realized. Entropy of a black hole as the Israeli physicist Jacob Bekenstein has established, is proportional to its area. Hawking, systematically applying thermodynamics to black holes, has removed an exact formula of entropy. 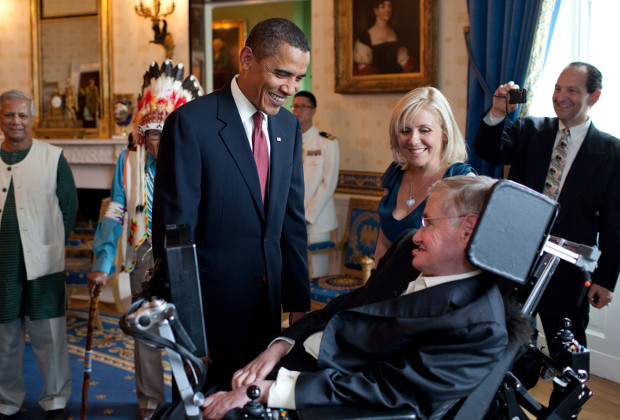 In the 1970th Hawking visited the USSR and met Yakov Zeldovich. In a conversation with the Soviet scientists he learned: it appears, the famous Soviet physicist Vladimir Gribov considers by itself understood what black holes radiate — owing to vacuum fluctuations. On the horizon of events couples of virtual particles are formed: one of them, with positive energy, departs from a black hole, another, with negative — falls in it, thereby reducing its weight.

Unfortunately, Gribov didn’t publish about it any article, and Hawking quantitatively calculated a thermal range of a black hole. For example, temperature of a black hole of solar weight — about one million kelvin. It is impossible to distinguish so small temperature from noise by modern astronomical methods. Many consider the research devoted to the radiation of black holes the main work of Hawking.

Further he tried to research black holes by means of functional integral — extremely powerful mathematical apparatus capable, in particular, to perenormirovat (to eliminate divergence) theories of calibrating fields — the theoretical base of modern Standard model of physics of elementary particles. Unfortunately, methods, efficient in the quantum theory of the field, weren’t effective in case of naive (that is not within the theory of strings) the description of gravitation. 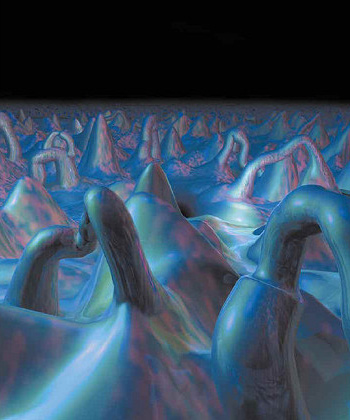 Applying quantum mechanics to all Universe, Hawking has tried to define properties of her wave function. According to the quantum theory, the probability of a particle to accept this or that state is equal to a square of the module of wave function. It is possible to present her in the form of the sum composed (superpositions of states), and the process of measurement assuming presence of the external observer comes down to extraction of one of possible composed.

For the first time wave function of all Universe and the equation describing her were considered by the American physicists John Wheeler and Bruce Devitt. Hawking together with the coauthor, James Hartl from the USA, have offered the function submitting to Wheeler-Devitta’s equation. Thus they have tried to describe the world on the doplankovskikh scales. From the analysis of such wave function it is visible that at the time of the Big Bang in the Universe there was only a space without time.

Hawking and Hartley’s concept allows existence of the parallel worlds for which uniform wave function is defined. In this variety of the Universes the reality observed by the person — only one of admissible. Most likely, the peace arrangement is slightly more difficult than Wheeler, Devitt, Hawking and Hartl’s theories assuming existence of wave function of the Universe though discussions about her continue still. 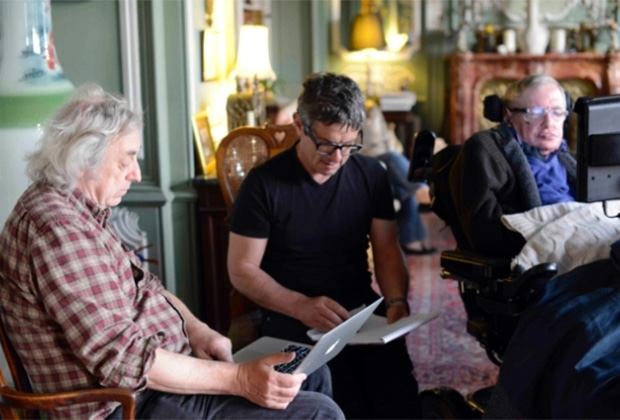 Hawking has become widely known after in April, 1988 his popular scientific book “Short History of Time” has been published. She is transferred to tens of languages and published with a general circulation more than ten million copies. The image of the scientist in a wheelchair researching the most unusual properties of the Universe left nobody indifferent.

In the 1990s Hawking has continued researches of black holes, having offered the weak version of the principle of space censorship. In a strong form the statement that in space time are impossible naked, that is not hidden from the external observer, singularity, was formulated in 1973 by Penrose. In particular, for a black hole of singularity have to be under her horizon of events. Penrose, unlike Hawking, believes that the principle of space censorship is carried out in all space time at once.

In the last 10-15 years Hawking was interested in information paradox of black holes. At first he claimed that information transferred by the objects which have got to a black hole doesn’t remain. Now thinks differently. In his opinion, information isn’t lost, but transformed to a form, unsuitable for use by the person. The researches conducted by him together with Malcolm Perry and Andrew Strominzher about whom “Лента.ру” wrote earlier are devoted to it, in particular.