Masterpieces of straw and saliva: how to build a house with your paws and beak 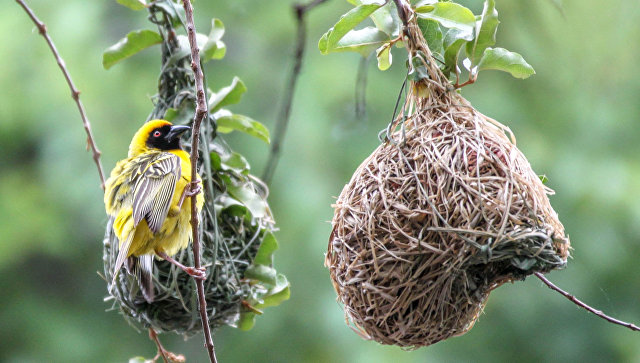 Egg-shaped houses made of clay, capsules of leaves and stems, fluffy growths on trees – the engineering genius of birds does not know the boundaries. How to build a house with your paws and beak?

The first nests of the so-called bird type were made by the ancestors of the birds – dinosaurs. Prehistoric dinosaurs left eggs in cavities or dug small holes for them, not caring about “additional conveniences” – plant litter.

Some birds still nest in a similar way on the ground or in the grass, the rest moved higher: on rocks, bushes and trees. The architectural forms and construction techniques of modern birds are very diverse: from several branches, randomly lying on trees, such as the turtledove, to complex designs of weavers and stoves.

The long-tailed tit, or the trap (Aegithalos caudatus) (such a lot in the parks near Moscow), builds a strong egg-shaped nest of moss, plant fibers, lichens, cobwebs and cobs. In color and texture, the bird house is virtually indistinguishable from the tree trunk. 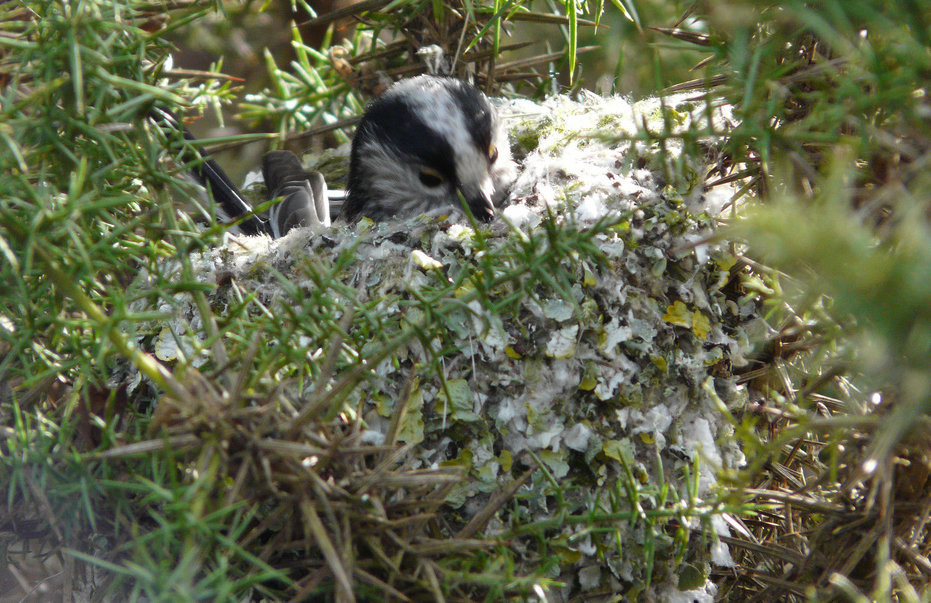 Walls of moss, sometimes with an admixture of last year’s leaves of the fern, trees, dry grass. Outside, the tit lining the nest with pieces of bark, lichen, braids the web and the fibers of the cocoons of insects.

A pair of slaves builds a dwelling in eight to eleven days. In general, tits have complete equality: male and female together and eggs are hatching, and offspring are fed.

Cottages made of clay

Together they carry out construction work and red stoves (Furnarius rufus), which live in South America. Nest like a comfortable cottage, they erect in a few days, carrying in their beaks from three to five kilograms of clay. This is almost two thousand flights back and forth.
The clay should be soft and elastic, so the stove houses appear on trees, fences and under the roofs of houses in winter, when in South America the rainy season. 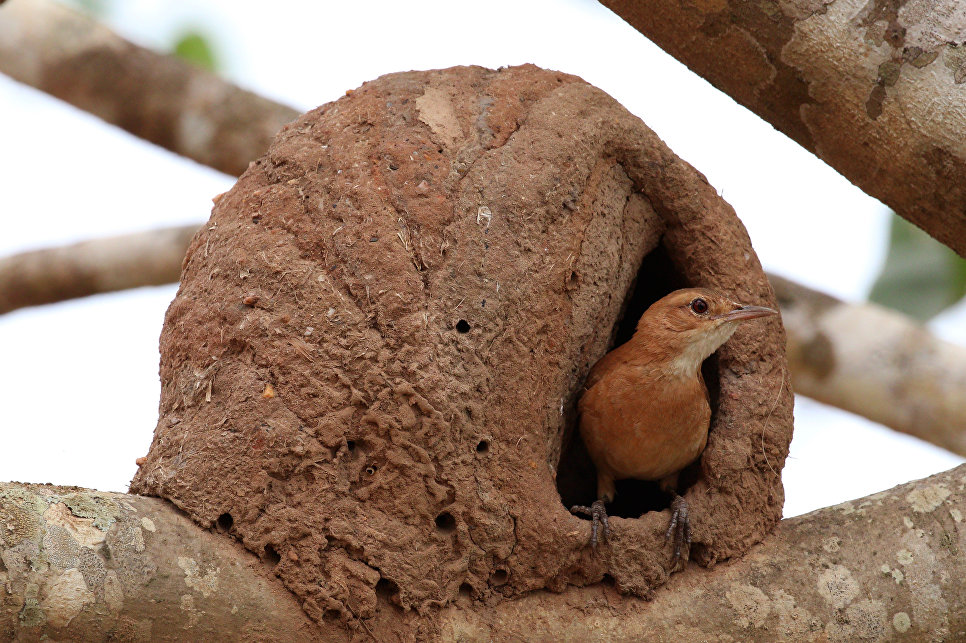 In the nests of the stove there is no refuse and traces of litter. Birds follow the purity, zamorovyvaya particles of manure in the walls of the nest

These nests are very well protected from wind and cold. The entrance is narrow, the clay partition inside separates the “hallway” from the “room”, where the female hatchs the chicks.

In Southeast Asia, local swifts – salangans – master a small bird house for almost two months. The building material is saliva, the pieces of which are attached to the protrusions under the ceiling of the caves. Small, china-like designs (a little more than a matchbox) are lined with moss on top. 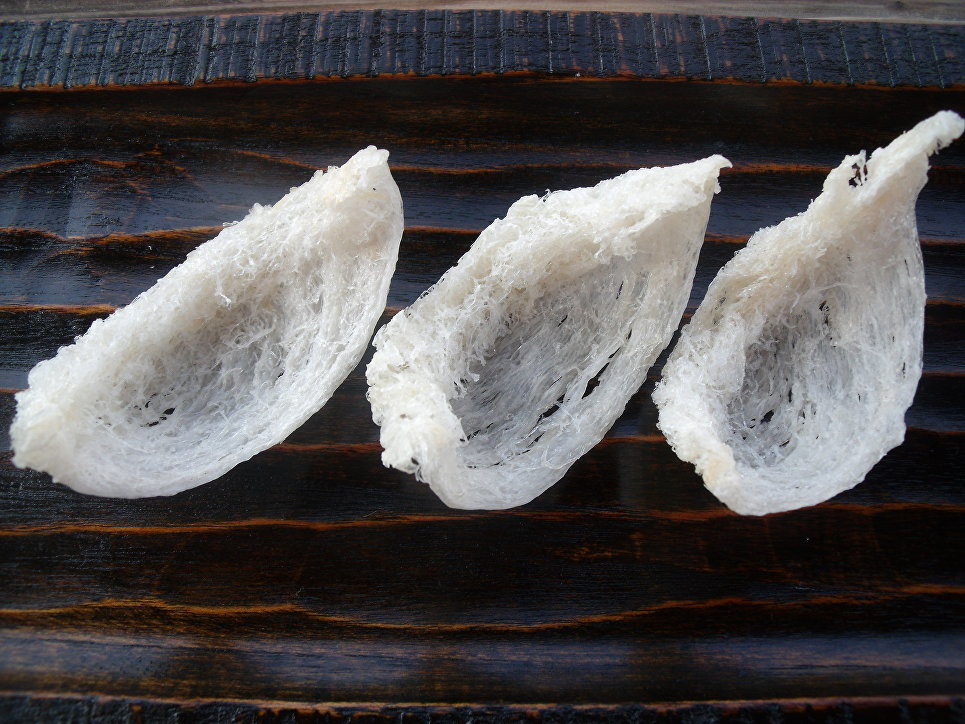 In China, Vietnam and Malaysia, from the nests of salangans, soup is prepared, in consistence resembling kissel

Saliva swifts are rich in protein, so in many Asian countries, especially in China, their nests are considered a delicacy. The price per kilogram of this “meal of emperors” sometimes reaches three thousand dollars. The nests of species Aerodramus fuciphagus and Aerodramus maximus are especially popular.

House of leaves and cobwebs

An unremarkable green bird, a warbler (Orthotomus sutorius), found in India, Europe and North America, does not build a house, but sews. Its nests, similar in shape to candy bars, can be found in dense grass at an altitude of 15-20 centimeters from the ground.

Usually it is two or three large sheets, connected by a thin thread, which the spinner spins from cobwebs, plant fuzz or cotton fibers. Inside such a bag is a small calyx of vegetable and animal fluff, firmly attached by threads to the base of the leaves.

Nest is always built only by males, and females are closely watched by them. And the more skillful the builder, the more he has the chance to find a pair. When the nestlings hatch from the nest, they are fed by both parents.

The construction of the nest is exclusively a man’s business and the public weavers (Philetairus socius), living in South Africa. Long-distance relatives of the house sparrow, they build huge multi-apartment buildings from grass. It looks like an anthill accidentally caught on a tree.

Construction usually begins the largest male in the pack. He chooses a long blade of grass, carefully kneads it with his beak, to get thin flexible fibers. Then one end fastens them to a strong tree branch, and the rest ties up in the form of a ring that will be the entrance to the dwelling and will serve as the basis for a basket of grass blades – individual bird apartments. Nests of weavers build very close to each other. And when they are ready, the males of the weavers make a common roof out of the grass.

If a male is a very skilled builder and manages to build several apartments at once, then two or three females can start a family with him at the same time. Weavers are polygamous, and their huge nests are similar to the factories for the production of chicks.

In addition, these birds, like ants, appreciate the division of labor. Males build a nest and constantly repair it, guard the entrances to the shelter from predators (mostly from snakes hunting for chicks), females hatch eggs, and young individuals that have not yet met their second half raise chicks, not only siblings , but also neighboring children. 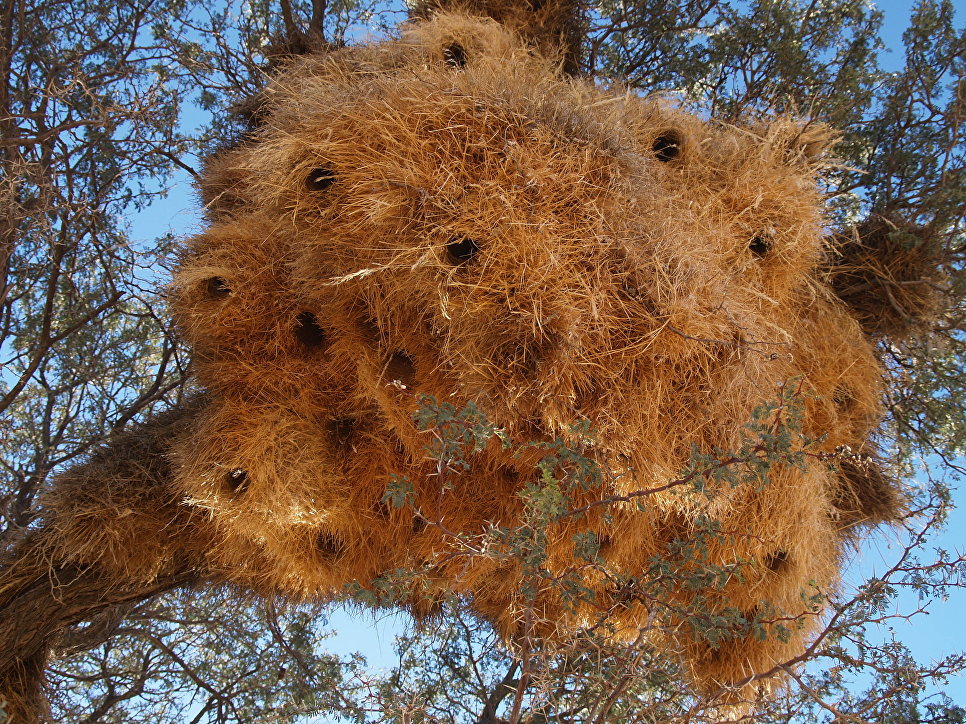